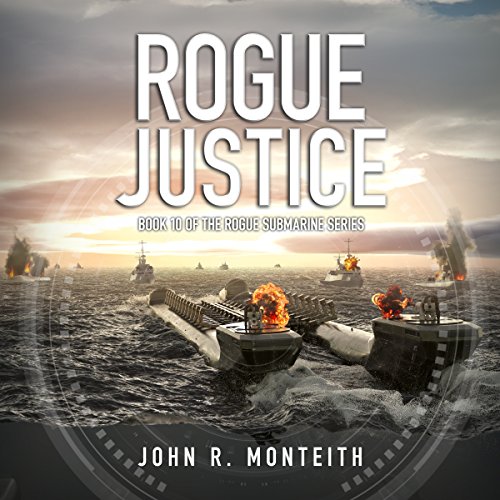 Israel wages war on its neighbors - and on itself. While Palestine, Syria, and paramilitary extremists gear up for battle, internal dissent turns the turbulent country into a roiling cauldron of chaos. Naval blockades escalate, tank divisions mobilize, and sleeper cells prepare to extract bloody revenge.

Enter global arms runner Pierre Renard and his mercenary submarine fleet. Led by expelled US naval officer Jake Slate, Renard’s brilliant band of misfits ambush an Israeli war machine that is divided, but still unbelievably lethal. Facing incalculable odds against an overpowering force, these so-called heroes must trust their wits and one another - even when victory seems impossible.

As the battle rushes toward its devastating climax, they can only hope they're fighting on the side of justice.

This novel is part of the Rogue Submarine fiction series, launched in 2005 by John Monteith, a former military officer and naval warfare instructor. Beginning with Rogue Avenger, the books are titled in alphabetical order for ease of reference. Although the stories are best heard in sequence, each installation is written for enjoyment as a standalone adventure.

What listeners say about Rogue Justice