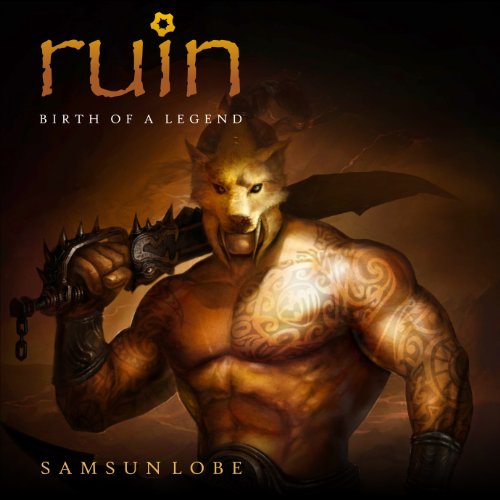 Written by: Samsun Lobe
Narrated by: Lesa Thurman
Try for $0.00

You follow a young warrior, Ruin, who is exiled from his homeland after a bloody provocation. With the naivety of youth, he believes he is well prepared for the wider world until he is shipwrecked on the shores of Elohim. You will discover the world of Mareta through Ruin's eyes as he continues to blunder into difficult situations and in doing so makes some powerful enemies.

His selfish outlook is broadened when he is forced to team up with the proud warrior woman, Efferial. With the addition of a third member, the apprentice sorcerer Kail, an unsure, self-doubting personality is added to the mix.

The group forges ahead on an impossible quest leaving a mixed trail of friends and bodies in their wake. Ruin's naivety quickly evaporates as he learns his lessons from the harsh world around him. Humour adds to the often brutal action as the trio seek to elude two accomplished leaders. Ruin eventually learns to ask for help as the tale winds to a frantic conclusion.

The world of Ruin is unique, as are the characters and creatures that populate it. Although firmly planted in the fantasy genre the environment is realistic and something to which listeners can relate. Although a fantasy, there is a very human story that underpins the blood and gore.

What listeners say about Ruin