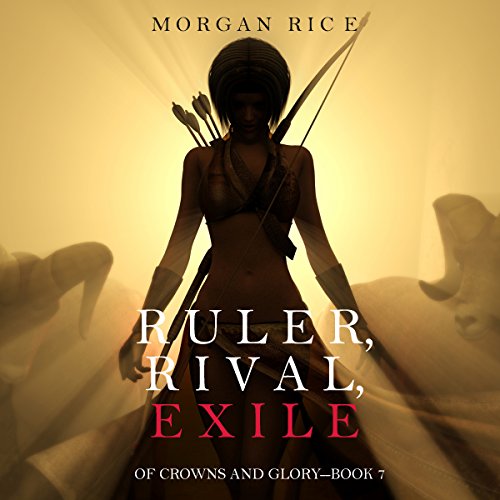 Written by: Morgan Rice
Narrated by: Wayne Farrell
Try for $0.00

"Morgan Rice has come up with what promises to be another brilliant series, immersing us in a fantasy of valor, honor, courage, magic and faith in your destiny. Morgan has managed again to produce a strong set of characters that make us cheer for them on every page.... Recommended for the permanent library of all readers that love a well-written fantasy." (Books and Movie Reviews, Roberto Mattos, regarding Rise of the Dragons)

With Delos in ruins, Ceres, Thanos, and the others set sail for the last corner of freedom in the Empire: the isle of Haylon. There, they hope to regroup with the few freedom fighters left, fortify the island, and make a spectacular defense against the hordes of Felldust.

Ceres soon realizes that if they are to have any hope of defending the isle, she will need more than conventional skills: She will have to break the sorcerer’s spell and regain the power of the Ancient Ones. And yet, for this, she must journey, alone, and take the river of blood to the darkest cave in the realm, a place where neither life nor death exists, where she is more likely to come out dead than alive.

The First Stone Irrien, meanwhile, is determined to keep Stephania as his slave and to oppress Delos. But the other Stones of Felldust may have other plans.

Ruler, Rival, Exile tells an epic tale of tragic love, vengeance, betrayal, ambition, and destiny. Filled with unforgettable characters and heart-pounding action, it transports us into a world we will never forget, and makes us fall in love with fantasy all over again.

this series is one of her best. I could not stop listening. this is a must read

It's not over yet.

There's no such thing as a bad Morgan Rice book!

I loved this book and I love the narration. I was so glad that Ceres finally put her big girl pants on and distance herself from Thanos.