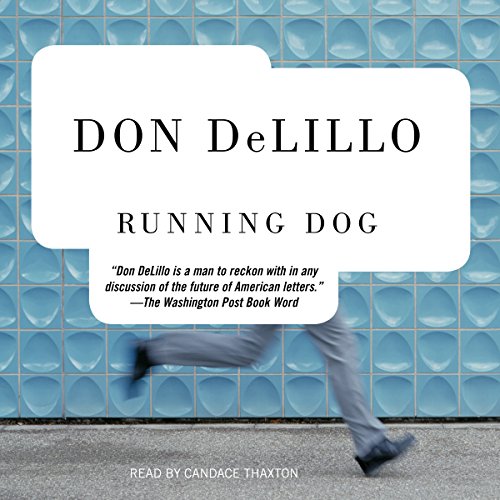 Written by: Don DeLillo
Narrated by: Candace Thaxton
Try for $0.00

What listeners say about Running Dog

This is one of DeLillo's earlier novels. Early, I guess. It came after:

There is also a pressence of Vietnam that hangs on this novel. It WAS written in 1978. The echos of Vietnam are still vibrating through America. Things are being sorted. Ideas are coalesing into themes. Things collected, recorded, taped. Flash. Things given names, polished. Polished ambiguities. And always money, power, corruption.

When the reviewer stops reviewing, what does it mean? Cut.
45 likes