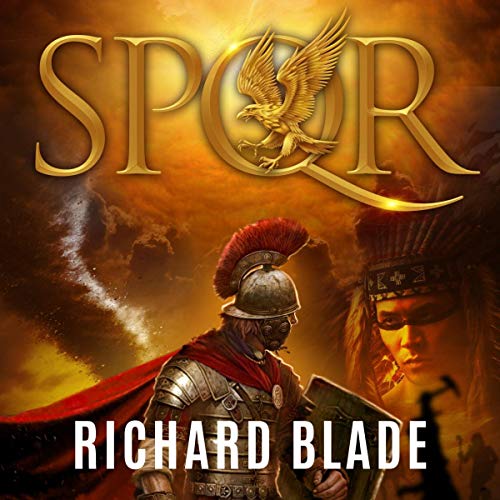 A shocking discovery in a Native American burial ground in present-day North Carolina reveals a history-changing link to ancient Rome.

In 55 B.C. the Roman Senate orders their most honored general, Demetrius Varinica, to cease mourning his wife and return to Rome to lead a fleet on an ill-fated invasion. The general and a handful of survivors from the devastated Fifteenth Legion wash up on an unknown shore and find themselves in a terrifying new world where every moment is a battle to stay alive.

Befriended by a peaceful tribe, these hardened warriors learn a different way of life, existing with nature, without war, without fighting. But even as a new day dawns, a terrifying evil falls upon the land and confronts Demetrius with an unthinkable choice, honor his oath, and return with his men to Rome or remain in this strange country and pick up his sword once again to face impossible odds in a desperate attempt to save the lives of these gentle people and the woman who has won his heart.

What listeners say about SPQR

couldn't finish I know it's not suppose to be historically accurate the whole way through but I couldn't get over the things like Romans not knowing what a crocodile was when the guy was stationed in Egypt with alligators. Roman centuries were of 80 men. Grizzly bears in South East u.s. they didn't live in tepees thank goodness for the tornado coming so the author quit using it. king herod rebelled with mark antony after this story sets place. I don't mind suspending belief for the sake of a good story but it is very obvious the author did not research any history past a 6th grade history book. that is what was frustrating to me.

I’ll be the first to admit that I bought this book solely because it was written (and narrated!) by Richard Blade, the iconic 80s DJ. I did not go in expecting much, but was very pleasantly surprised by the story, pace, depth, and story-telling. Yeah, perhaps the historical facts aren't always spot-on, but this is a guilty pleasure, not a treatise. And of course the narration is second to none. Enjoy!

a wonderful surprise from a fantastic DJ

I love listening to Richard on Sirius XM first wave. I had no idea he was a fiction author until I stumbled upon this great gem! A wonderful adventure story with such great depictions of battles that it points it almost wore me out! in a good way. I felt like I was in the battle. highly recommended!