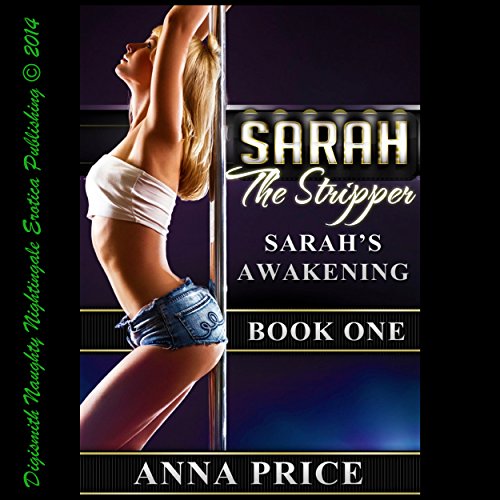 Written by: Anna Price
Narrated by: Layla Dawn
Try for $0.00

Sarah the Stripper Episode One: The Stripper's Awakening: A First Lesbian Sex Erotica Story After a terrible week with problems in school, a car accident, and sudden unemployment, Sarah is at her wit's end. Her roommate Carolyn gets her a job as a stripper, and her life is about to change. It changes faster than she thinks, though, because right after their first performance, Carolyn decides to give Sarah her first lesbian sex experience!

Sarah the Stripper Episode Two: The Stripper Learns to Suck: An Erotica Story After an excellent first night, Sarah discovers that the strip club owner wants her for full time work, and that means making thousands on the weekends. She's excited as hell about it, but she's about to discover there's more to the job than dancing, and the club owner is very specific about his desires.

Sarah the Stripper Episode Three: The Stripper Screws a Stranger: A Public Sex Erotica Story Sarah decides she may as well go for broke, and while she's enjoying her new found sexuality she decides to be daring and dangerous. She picks a good looking guy in the audience and tells him to meet her after her set. She has one goal in mind…sex with a stranger in the alleyway!

What listeners say about Sarah the Stripper