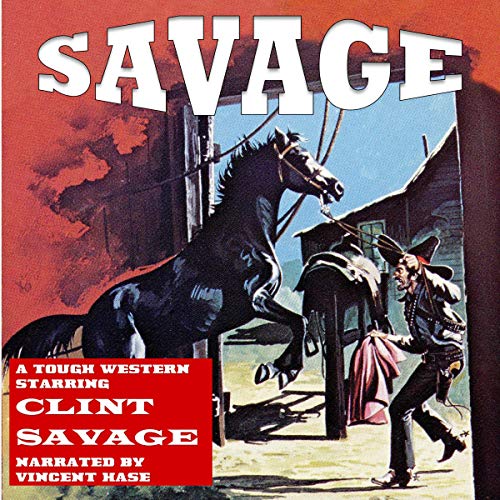 "Well, what do you think?” he asked at last.

“Of me. You’ve given me a good enough lookin’ over to be sure you know me next time.”

“I think you’ve got broad shoulders and slim hips, stranger. But we both know that don’t make a man, don’t we?”

She paused, “What are you called?”

“Plan to stay around, or just passing through, Savage?”

“Stayin’. That’s if you’ve got accommodation?”

“I think I can accommodate you,” she said, leaving him wondering if the double meaning had been accidental.

After a moment, he went back to his shaving. He hadn’t been too impressed with Catclaw at first glance, but it was starting to look more interesting. If he could just get some low-life train bandit to show his ugly face inside the next couple of days, he wouldn’t have a complaint in the world.

E. Jefferson Clay was just one of many pseudonyms used by New South Wales-born Paul Wheelahan (1930 - 2018). Starting off as a comic-book writer/illustrator, Paul created The Panther and The Raven before moving on to a long and distinguished career as a western writer. Under the names Emerson Dodge, Brett McKinley, E. Jefferson Clay, Ben Jefferson, and others, he penned more than 800 westerns and could, at his height, turn out a full-length western in just four days.

The son of a mounted policeman, Paul initially worked as a powder monkey on the Oaky River Dam project. By 1955, however, he was drawing Davy Crockett: Frontier Scout. In 1963, he began his long association with Australian publisher Cleveland Pty. Co. Ltd. As prolific as he was as a western writer, however, he also managed to write for TV, creating shows like Runaways and contributing scripts to perennial favorites like A Country Practice. At the time of his death, in December 2018, he was writing his autobiography Never Ride Back, which was also the title of his very first western.

What listeners say about Savage