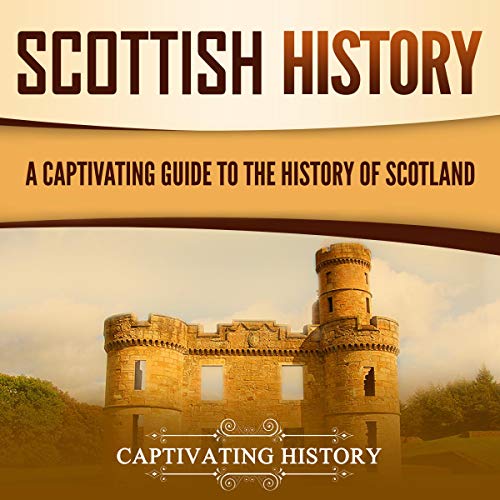 Scottish History: A Captivating Guide to the History of Scotland

Scottish History: A Captivating Guide to the History of Scotland

Did you know that the Scots never won a battle when they were favorites?

A sense of poetic irony registers when one learns that Scotland has never won a major military battle when the odds were in their favor. In 1513, the largest Scottish army to ever invade England was defeated by a significantly smaller English army at Flodden Field. In only two hours, the Scots lost 10,000 men. History repeated itself in 1542, when a Scottish army of 15,000 men was defeated by only 3,000 English soldiers. Despite their much smaller numbers, the English managed to take 1,200 Scottish men as prisoners. This humiliating defeat eventually contributed to the demise of King James V.

This captivating history audiobook takes you on a remarkable journey from the earliest extensive historical record of Scotland through the long struggle toward nationhood, all the way to postwar Scotland.

In Scottish History: A Captivating Guide to the History of Scotland, you will discover topics such as

So listen to this audiobook now if you want to discover more about the startling history of Scotland!

The attempts at Scottish and English accents were distracting in their lack of authenticity, as was the incorrect pronunciations of many words (Glasgow, heterogeneity, economist). A Scottish speaker would have been preferred.

Written for a male audience

Men are described by their actions, women by their looks. There is a chapter about feminism, but it sways back and forth about what women can and cannot do. Over all it is a great read if you are a white male.


Most of it was ok yet missed Colloden of all things ... then they got to the 21st century where all left-winged agenda items were suddenly emphasized. Don’t need a filtered view on history, just the facts please.

Well written, very detailed, and covers Scotland's history from the formation of the island up to the present. A fascinating story told with humor and gusto. If your knowledge of Scottish history is limited to the events in "Brave-heart", you'll love this. Heck...you'll love it even if you already consider yourself an expert. An excellent read!

A Scot's History of Scotland

The author is an archaeologist and a historian. More, he is passionate about both, and especially is he passionate in his love for Scotland, the land of his birth. I've enjoyed his documentaries. And now this book fills in loads of details that make his presentation even more rich and fascinating.

Fantastic!! Great reading.it arrived very quickly. Interesting and a great one to share with my family. A keeper. Good to read in conjunction with the DVD

Theis clearly passionate about this topic. This is an excellent companion to the television series of the same name.

delighted with the ease and speed of getting the book The book itself is a first class outline of Scottish History ln an unschooled bookish manner and presents a broad and insightful look at history which I haven't seen before. Excellent treatise.

This is history as entertainment and a biased one at that. The author is not a historian but an archeologist and his main 'skill' is that of a TV presenter. The book cover is a dead give away. He is one of the BBC's favored presenters and has recently come out with some ridiculous and widely criticized personal statements about the current situation in Scotland regarding independence. The bias he currently displays so readily identifies someone with a personal financial UK focused agenda that is incompatible with historical objectivity.

Gripped and easy to understand.

This is a gripping, easy to read history book. I would have liked a map of Scotland and a side by side geneology chart/time line of the thrones of Scotland, England, and France. If I set the book down for a couple of days, I would have to reread a bit to remember which James, Charles, etc was being discussed.

Good addition to your library.

I was looking forward to an in-depth history, not a treatise on Scotland's economy and legal system. Nothing on the Jacobite Rebellion, Bonnie Prince Charlie, and a barely passing mention of the Highlanders!