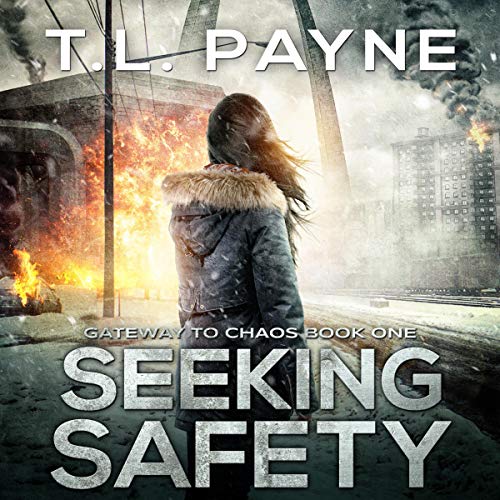 A massive cyber-attack crippled half the nation's power grid. A super EMP took care of the rest.

While a cyberattack crippled half the nation’s power grid, enemies of the United States launched a super EMP over the Midwest, sending the nation back to the Stone Age.

For Raine Caldwell and her neighbors, it couldn't have come at a worse time. Deep into the coldest Midwestern winter on record, the nation is plunged into frigid darkness. With emergency services crippled by the lack of transportation and streets snarled with stalled cars, a spark ignites, and the city of St. Louis is engulfed in flames.

Chaos grips the city as society spirals out of control, and violence fills the streets. With her building surrounded by fire, Raine and her neighbors are forced to flee on foot onto the snow-covered streets seeking safety.

Would you have what it takes to survive the cold, dark, dangerous streets and make it to safety?

Seeking Safety is a gripping tale of an ordinary group of people as they fight to survive after an EMP plunges the nation into frigid darkness. It is the first book in T. L. Payne's heart-stopping post-apocalyptic EMP survival series Gateway to Chaos.

What listeners say about Seeking Safety

Good book, a little slow but did pick up. Fairly believable, some spots left me thinking why would she do that.
Good book overall. will continue series.

Writer do a good job at placing the hook but after 3 days it loses momentum no real plot I think there will be a lot more chaos after the third day no fighting with golf clubs. Bows and arrows, swords and firearms.

Narrater yuck, dang 3rd book in a row. Getting old

Narrater was good, 3rd book in a row. What a waist of money! Story is ok if u can get past the voice

Couldn’t tell if my dislike ...

Was because of the story or the narrator. Maybe I’m sexist, probably but I thought the narrator was horrible. But a lot of snarky attitude from the characters I thought was distasteful. I gave it a good try , called it quits after a couple hours