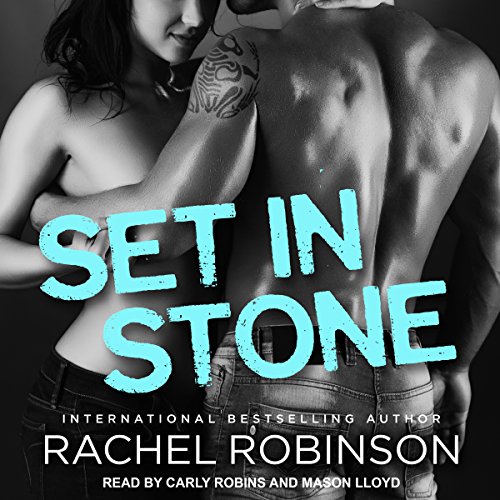 There is something all too vague about second chances. What happens when your utterly perfect, first chance never really ends? What if it's stolen?

Bull-nosed attorney Morganna Sterns knows what she wants. Self-assured, powerful, and independent, she finds herself struggling to find balance between honoring what has been stolen, and deciding if her second chance is going to end just as tragically.

Steven Warner is a Navy SEAL with nothing to lose. His overt humor and charm paired with his lethal skill set make him a perfect catch - for the right type of woman. His world is littered with relationships, but only one stands the test of time. Competing with a ghost is hard. Especially when that ghost is a teammate: his brother at arms.

It's not, "it is what it is". It's what you make it. What you, and only you decide it should be. Navy SEALs never make the same mistake twice. Will Morganna?

What listeners say about Set in Stone

I’ll probably be in the minority but I didn’t care for this book. I wasn’t invested in the characters like I was with Crazy Good. I loved the spunky Morganna and the funny Steve but I didn’t connect with them like I did Maverick and Windsor.

As much as I loved Stone and was truly sad of his passing in Crazy Good I could have done without all the intimate flashbacks of Morganna and Stone. I realize Stone is a part of Morganna but this was supposed to be about her and Steven. I did enjoy the flashbacks of Steve and Morganna as it explained their deep connection.Don’t get me wrong there were some great emotional moments toward the end that got me in the feels but not enough to sway me

The narration was good and fit with the characters. It was an enjoyable listen but the story was just good not crazy good.

This will totally rock your world!! This story and the characters are so well done I can’t say enough good things! What an emotional, heart wrenching journey! So so so worth the listen!!