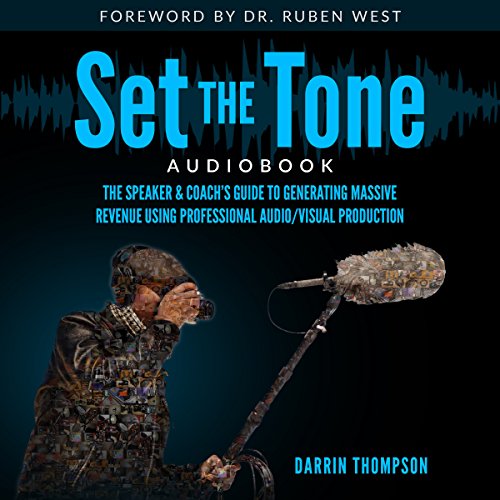 For nearly two years, Darrin has been the sole audio engineer for a local radio show in his home town.

As Darrin listened to many of the business leaders who came on the show, eventually meeting them in person, and connecting with them through social media, he began to realize that many of the leaders were coaches, and speakers with powerful, life-changing messages. Many of them had taken to social media to share their message with the world. However, in many cases, Darrin noticed the missing ingredient that could truly unlock the potential of their messages and bring them the revenue they needed to keep changing lives. While their messages were on point, they needed to take their quality to a higher level! The videos they shot had poor audio, lighting, backgrounds, or all of the above. The audio on their CDs, podcasts, and other projects didn't have that professional “polish” or “sheen” to it. Darrin heard and saw a need.

Darrin began sharing tips with these leaders to help them improve their production quality, even attending conferences, and turning his hotel rooms into makeshift “studios” to record audio professionally for them so they could hear the difference. This effort only had a limited reach and impact though, and Darrin realized this. So he began shooting videos of his own to explain ways the leaders could improve their production quality. These videos covered various topics, mainly having to do with audio. However, through continued conversations and recording sessions with these leaders, Darrin saw an even bigger need. A step-by-step guide to help these coaches take their production quality to the next level! So in order to help more people at once, he drew on his 15+ years experience in the audio/visual production world to catalog best practices, tricks & tips, and recommendations on affordable gear into one publication - his first - Set the Tone!

What listeners say about Set the Tone