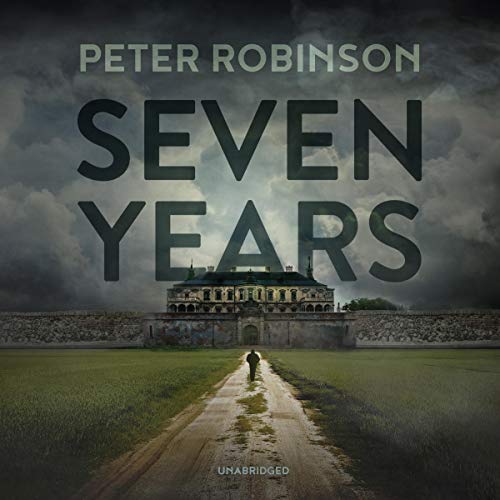 Retired Cambridge professor Donald Aitcheson loves scouring antiquarian bookshops for secondhand treasures - as much as he loathes the scribbled marginalia from their previous owners. But when he comes upon an inscription in a volume of Robert Browning's poetry, he's less irritated than disturbed. This wasn't a gift to an unwitting woman. It was a threat - insidious, suggestively sick, and terribly intriguing.

Now Aitcheson's imagination is running wild. Was it a sordid teacher-pupil affair that ended in betrayal? A scorned lover's first salvo in a campaign of terror? The taunt of an obsessive psychopath? Then again, it could be nothing more than a tasteless joke between friends.

As his curiosity gets the better of him, Aitcheson can't resist playing detective. But when his investigation leads to a remote girls' boarding school in the Lincolnshire flatlands, and into the confidence of its headmistress, he soon discovers the consequences of reading between the lines.

What listeners say about Seven Years

A mystery for book lovers

Simply a fun listen— a tad predictable, but it didn’t matter—a perfect “car-mystery” with an interesting but not complex plot !

I enjoyed this story. Narrator did a superior job. Listened while cleaning the house. Made the job more enjoyable.

What a little gem!

I was taken aback when I realized how short it is, but it’s just right. And the narration is perfect!

It was very short with a suprising ending. Great quick read. You will not be disappointed.

this was a fun and surprising mystery I enjoyed it. wish it was longer. recommended leostwnimg

Reads like an O’Henry short story!
Narration is superb. Would recommend if looking for an intriguing mystery.

Thoroughly enjoyed listening to this short story by Peter Robinson. Didn’t want it to end. Narration was perfect and I’ll be looking for more books read by Greg Patmore too.

I love a short story

This is a delightfully unique mystery. I loved all the characters and the story is strong.

a quick interesting and engaging listen. a curious man follows a cryptic inscription to a diabolical woman who murdered her husband. highly recommend this for a quickie.

I’m looking forward to more works from this author. Maybe we can expect the protagonists to pair up to solve future crimes!? The narration was superb.