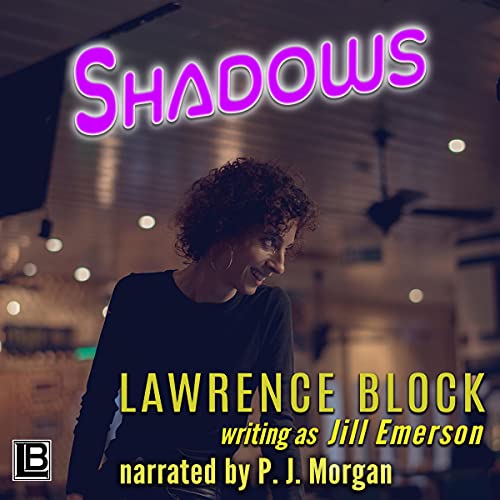 One morning in the spring of 1958 I woke up in my room at the Hotel Alexandria with a paralyzing hangover (which was not unusual) and an idea for a book (which was). I sat in front of my typewriter, and within a few hours I had produced a chapter-by-chapter outline of a novel. I had all the characters sketched out and knew how they'd relate to one another, and how the rather elementary storyline would resolve itself. I even had a title: Shadows. At the time I was working as an editor at a shady literary agency, but I'd already arranged for my departure, as I'd be resuming college in the fall in Ohio. Sometime in May I gave up my room at the Alexandria and went home to Buffalo, where I turned that outline into a book. My agent sent it to Crest Books, then the country's premier publisher of lesbian fiction. They spent a couple of months reading it and thinking it over, during which time I wrote and sold several lesser books to Harry Shorten's Midwood Books. Then, a couple of months after I'd returned to Antioch and gone through a lot of sturm und drang that needn't concern us here, Crest accepted Shadows. They changed my title to Strange Are the Ways of Love. They also changed my pen name. I'd known a lesbian novel ought to have a woman's name on it, and I picked one. They decided on Leslie Evans instead, so it could be gender-neutral, and then switched it to Lesley Evans, which made it more specifically female. Welcome to publishing, young man. It's clear to me now, almost 60 years later, that the book ought to set sail under its original title, and since I'm republishing it myself, that's a decision I get to make. It's also clear to me that Shadows is in fact Jill Emerson's very first novel, as it's far more of a piece with Warm And Willing and Enough of Sorrow than with anything else I've written. So that's how I'll publish it, right? As Shadows, dammit, by Jill Emerson.

What listeners say about Shadows

Shadows is an enjoyable listen, another in a line of unreasonably good erotica from Lawrence Block. Readers who don’t typically engage in the subject will likely find a book from Block that will surprise them. Here, a woman staying in New York meets and falls in love with another woman while also tackling the strange relationship with a man who seems unwilling to walk out of her life. There is nothing explicit in terms of what happens in the bedroom, the story instead focusing on the relationships of the parties mentioned above as well as the exes and would-be lovers who our characters leave behind. Though I don’t believe Shadows to be the strongest of the Jill Emerson novels, it is a solid listen with a fantastic performance from PJ Morgan, though those looking specifically for lesbian erotica will likely be disappointed by the bisexuality that works it’s way into the narrative.

Makes you stop & think how times have changed!

Originally written as a lesbian romance in the late 50s/early 60s, Shadows is probably better described today as a slice of life or coming of age story about a naive girl with a crush on her girlfriend who comes to the Big Apple. The narration is great, and the description of the angst and attitudes of the time feel pretty true to life, but don't go in assuming that the story will follow the contemporary conventions for lesbian romance. This is a vintage piece that reflects the time it was written. It really makes you stop and think about how the whole romance genre has changed, esp. LGBT romance. Also, I keep picturing the male main character as a Bob Dylan playing in Cafe Wha, so that's always fun. However, some of you don't want any male love interests or MF sex scenes in a lesbian romance novel, and in that case... this is not your book. However, for those who enjoy bisexual fiction with a pretty even balance of FF and MF sex scenes, this is a fun listen.

I DO NOT reccomend this book at all!
I thought I would give it a chance, even though it was written by a male but boy did that turn out to be a mistake. TYPICAL hetro conclusion! Spoiler Alert..... The girl just needs to find the right guy. Sorry I bought this book. So disappointed because up until the last few chapters, I was really interested but of course. Girl gets girl only to realize, she loves boy. Ugh! So disappointed.