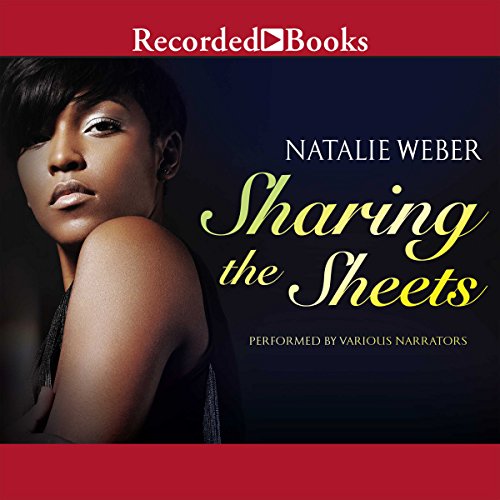 Regina has been craving attention from Mark, her common law husband of eight years. As far as she's concerned, he's a square, and she finds herself making excuses to stay out of the house and out of his sight. With no kids and feeling stuck with a man who has no intentions of marrying her in the eyes of God, she makes a decision that will only bring drama and confusion into her once predictable life.

Regina's sudden cold shoulder toward Mark makes him wonder if his first and only love has changed her mind about spending the rest of their lives together. Although he's never felt the need to comply with society's standards and get a marriage certificate to prove he's committed, Mark disregards his beliefs and pops the question.

Will he regret his decision? More importantly, since Regina has already found new pleasures to keep her content, is Mark's proposal too late?

What listeners say about Sharing the Sheets

struggled with the story line, language was to much and kept waiting for a romance in this. could not make it past the first three chapters

kind all over the place and i think lose ends. wasn't the best or worse. ebony Mendez should have been the voice of the main character her voice is nice and soothing.

I loved the way the book came together. I'm glad there was more than once narrator because I think I would've been lost with all the different characters. first time hearing of Ms. Weber. great job

Didn't like paul j Parkers narrating she was unbelievable not a good fit at all... It was a bit hard to not skip over her parts.

Loved this book! no cliff hangers to make YOU angry and left waiting! THE story line and the characters were awesome! narration was excellent! l totally enjoyed this book and will listen to more as long as Paula parker is a narrator!!! AWESOME!!!!!

Honestly, did not live up to what the title was. Expected so much more, a bit mixed up and the ending could have been way better