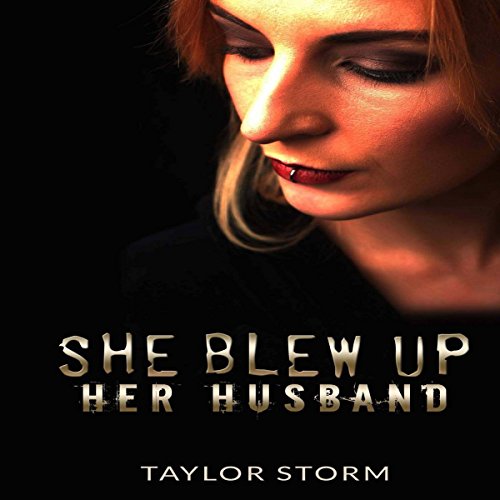 She Blew Up Her Husband

Written by: Taylor Storm
Narrated by: Dona Jackson
Try for $0.00

Mom has two teenage twin daughters; all blonde. Girls come home one spring day and see their dad tied up. The timing was perfect for the Mom since she had done it, and she wasn't expecting the girls there. She told them to quickly leave, acting as if someone was after them, and she would try to untie their father, who couldn't talk because he was also gagged. They ran out, fearful for their parents. The mother comes running out - without the father - just as an explosion occurs. C-5 or something similar put on a DVD in a player with the timer on. Mother told the girls that she had come home just momentarily before they did, and further explained that she couldn't get the father untied in time. They all sob together.

Truth is, the mother got big insurance money, so was able to send the girls to college. She was also able to buy the things she wanted, as there were very few bills left to pay from her life with her husband.

As the story unfolds, it is found that the mother and father didn't get along that well, and always fought about money, him not wanting to send the girls to college, as it would cost a huge sum with no promise of return.

After the girls were in college, they got the feeling that someone was following - and watching - them. It was a private investigator hired by the father's family, as they suspected foul play, although the police ruled it out. They thought the girls had something to do with it, as they had witnessed on several occasions the girls yelling hate words at their father when they didn't get their way.

The girls, however, experienced some frightening times by being followed....

What listeners say about She Blew Up Her Husband

I really don’t like posting bad reviews, but I have to in this case. This book is one of the most childishly written and poorly narrated ones I’ve ever listened to. And I’m a voracious reader/listener! Perhaps if this was labelled for Young Adults, it might have some redeeming qualities. The language was stilted and unlike anything people would actually say in conversation, and the narration was the same. I’m sorry writer and narrator, but this definitely cannot be one of your best efforts. I lost track of the plot, such as it was, as I was too distracted by cringing.