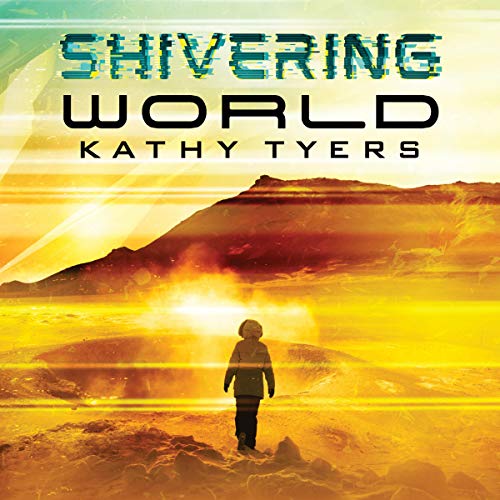 Written by: Kathy Tyers
Narrated by: Nicole Parnell
Try for $0.00

Microbiologist Graysha Brady-Phillips accepts an offer to assist in terraforming the planet Goddard for two reasons: She needs the hazardous duty pay, and she hopes the planet's colonists can provide a cure for the genetic disorder that is slowly killing her.

But such genetic engineering has been banned for decades by the powerful Eugenics Board, and Graysha is that board's high commissioner's daughter. When the colonists discover this, she isn't surprised that they ostracize her, for the penalties for conducting their radical research could include death. Graysha continues her work and tries to befriend the colonists, but soon she is dodging attempts on her life.

Even as Graysha questions whether her hope is worth the peril, she realizes she has grown attached to her new world. But that world is threatened, and Graysha must decide what she is willing to sacrifice: her security and professional hopes or her new faith and even newer love.

What listeners say about Shivering World