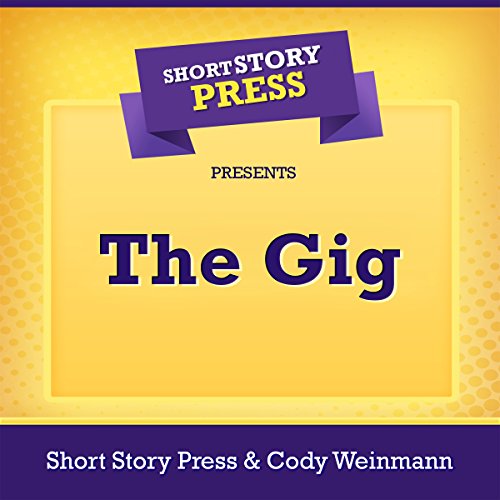 The audiobook The Gig is a story of American horror and tragedy that involves the downfall of a once-successful musician who had traveled the world, one coffee shop, one bar, and one stage at a time.

Under the recession, he fell out of work. He began searching coffee shops, just begging different shop owners for work. He was never seen without his sax in hand, but after the 30th "No" from the 30th club or coffee house, he is sitting having coffee when he falls to the floor in a massive, convulsing seizure.

In another pose, 24 hours after this attempt on his life, the devil threatens the musician's life with another seizure and then a car wreck. In a saving grab, the musician is taken to heaven, where he's listed as one of God's musical heroes. You can call it a horror-cum-spiritual story, where fate and faith are tested multiple times.

This story really brings to light just how difficult it is to live in and survive this dangerous world, where money is an ever-tightening resource. It also shows how the lack of money contributes to the downfall of other attributes to a person, including the individual's health and mental capacity. This audiobook puts a new spin on horror and spirituality as a mix to remember.

What listeners say about Short Story Press Presents The Gig