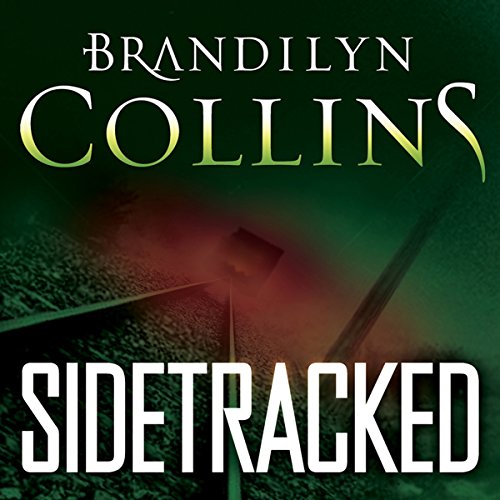 Written by: Brandilyn Collins
Narrated by: Angel Clark
Try for $0.00

If you had to choose between protecting all you hold dear in your own life or saving an innocent person from going to prison - what would you do?

Thirty-four-year-old Delanie Miller has fled her dark past and is now settled into a quiet life in small-town Redbud, Kentucky. She has friends, a faux "family" who lives in her house, and a loving boyfriend who may soon ask her to marry him. Her aching dream of a husband and future children are about to come true. But protecting this life of promise means keeping a low profile and guarding the truth of her past - from everyone.

The town's peace is shattered when Delanie's friend Clara is murdered, and Delanie finds her body. The police chief quickly zeroes in on Billy King, a simpleminded young man whom Delanie knows would never hurt Clara. She can hunt down evidence and speak out publicly against the chief - only at great risk of her own exposure. But how can Delanie, who suffered such injustice in her past, keep silent now? She must find a way to uncover the real murderer yet save the life she's created - the deceit-ridden life that will forever distance her true self from others and God.

With pause-resisting intensity, Sidetracked hurtles between Delanie's trauma in Redbud and the chaos of her past. Those experiences forced Delanie to reinvent her present - but at what cost to her future?

What listeners say about Sidetracked

This was my first experience with this author, and I will definitely be purchasing more of her books! I had heard that she is a Christian (she is), and I was confident that I would not be assaulted by vulgar language or descriptions of sexual situations. This book is not preachy. She mentions a few times that Laura "prayed" or "asked God for help". If that type of thing bothers you, then you might consider avoiding this author.
I agree wholeheartedly with the other positive reviews, stating that the story is "gripping" and "outstanding". Things go from bad to worse for this gal, and your heart goes out to her. I thought I had figured out who the murderer was, but I was dead wrong. (Excuse the pun!) I highly recommend this book.

If you could sum up Sidetracked in three words, what would they be?

What was one of the most memorable moments of Sidetracked?

The most memorable moment for me was when Delany finally decided to do the right thing, and confessed to her fiancee.

The last, when she has what she wants and the "bad guy" doesn't get away with murder.

Yes, but not doable because it was 7+ hours long.

SIDETRACKED audible book is a gripping tale of a woman's search for happiness and a new life after she escapes the terror and injustices of her past. Delany knows what it's like to be betrayed by friends. She has experienced the excruciating pain of having everything taken from her, including loved ones, and she is well-acquainted with the anger and hopelessness of knowing she has been framed for a crime she didn't commit. Others don't believe her. Though innocent, she is condemned and rejected. Delany hides in the shadows trying to escape her past, even though it follows her. She dreams of an untainted future with a husband and children. In order to have this, she knows she must keep love in her heart instead of giving place to hardness and cynicism. The new life she has built is fragile, but her dreams of happiness, husband, and home are almost within her grasp. The foundations of her life tremble when her friend, Clara, is murdered and an innocent man is arrested for a crime she knows he didn't commit. Delany must decide if she will let this tragedy happen and remain safe in the life she's built, or if she will risk the utter devastation and loss of everything she holds dear to protect an innocent man. Her two worlds are about to collide, and there is no running from this cataclysm.SIDETRACKED is well-written and narrated. Because the story was so believable, I experienced the highs and lows of Delany's emotions, and cheered when the wrongs done to her were made right.I received this book from Book Club Network and the author in exchange for my honest review.

What did you love best about Sidetracked?

I enjoyed the suspense and how two different murders were exposed.

The suspense, kept my attention!

I liked the main character, Delanie.

No, but it did keep my attention through the entire book...

I love Brandilyn Collins' books, and this one is a favorite. Delaney Miller's life just keeps getting more and more complicated. And then the twists and turns kick in! Just when you think things cannot get any worse, guess what ... they do! Brandilyn will keep you guessing until the very end. I highly recommend this book. (A note about the narrator ~ she does an excellent job with the voices of the characters. I only gave her 4 stars because her "reading" voice was a bit too soft for a suspense book.)

This was so good! loved the story and faith theme! thanks to the author!!!!

Better than most books that are more recent by other authors. Just the right amount of drama instead of a love story. Nice ending that was unexpected. No cussing that is so irritating.

Loved this book. It was very intriguing and kept my interest all the way through. The narration was great.

2nd time listening was just as good as the first time I read it years ago.

Diabolical, well-written, with a twist at the end!

She was living a lie to protect herself. When a close friend is murder she gets involved, even though she may lose herself. This is two stories intwined. As always the author gives us a deep plot, that holds us captive to the end. Enjoyed the narration. Given audio for my voluntary review and my honest opinion