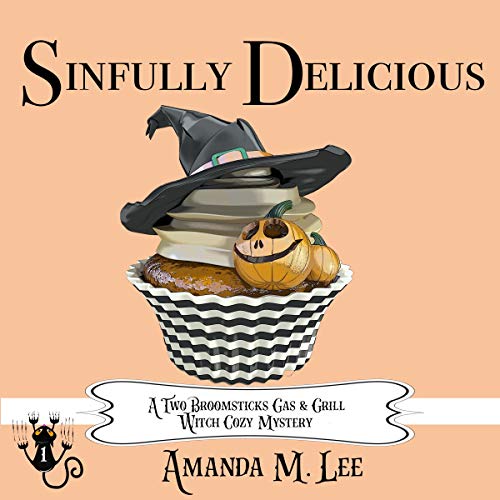 Stormy Morgan left her hometown of Shadow Hills, Michigan, with one goal: To write the great American novel and strike it rich. She sold her novel not long after college, did relatively well, and then fell off a cliff into obscurity. Now, without a book contract, she’s back at her family restaurant in a one-stoplight town...and she’s convinced things couldn’t possibly get worse.

That feeling only lasts until her first shift, when on a trip to the storage building behind the restaurant, she literally trips over a body.

Roy Axe, Shadow Hills most hated “Axehole”, died a hard death only feet from the restaurant (and the second-floor apartment Stormy currently resides in). The detective on the case is none other than Hunter Ryan, Stormy’s high school boyfriend, and the man who occasionally still calls to her in dreams. Hunter only cares about solving a mystery - nothing else - so their reunion is tense.

In an attempt to distract herself from what’s happening, Stormy and her cousin Alice get drunk one night and pull out their great-grandmother’s old Ouija board, and it sets off a strange string of events, most of which seem magical...if you believe in that sort of thing, and Stormy isn’t sure she does.

Stormy has trouble deciding which problem to focus on, so she avoids them all until things start blowing up in her face.

Shadow Hills is a small town but the secrets that plague it run deep. Stormy is a woman - or maybe a witch - lost in a sea of magic and despair...but murder might just lead her out of it. That is if she can survive to solve the case, that is.

What listeners say about Sinfully Delicious

I give honest reviews

I don't say I liked a book I didn't and I don't automatically give 5 stars. Although this author I'd one of my most favorite, I must say, that in my opinion, she has had one or two not-so-great books lately.
That being said, in addition to that I also have to say that this is possibly her best book yet.
The mystery was good. It took a little bit of effort to solve, unlike many other cozy mysteries I have read. The characters were well-developed and the main couple didn't just jump into bed. Although it's probably a foregone conclusion that they will eventually, there is room for a bit of anticipation to see when.
I also like that it was set, not in, but near Hemlock Cove, a very familiar place to Midwest Witches fans like me.
Lastly, I want to say that I hope that we keep this narrator for the series duration. She sounds like very adult and doesn't try to put too much emphasis where there shouldn't be any. She also does fairly good male voices.

Sinfully Delicious is an entertaining and enjoyable paranormal cozy mystery series with engaging characters and entertaining plot. Stormy and Hunter have romantic chemistry, but it doesn't dominate the story. I enjoyed the interactions between the characters and the witty dialogue. The resolution of the mystery was a surprise I didn't see coming. I look forward to the next book in this series.

I almost stopped listening when the topic of politics came up, so glad I didn’t.

I haven’t laughed so much during one book since I don’t know when. Love Stormy, Sebastian, Grandpa, and Hunter.

Disappointing as a stand-alone book.
Frustrating to listen to when everyone treats the protagonist like she doesn’t know how to live her life or what she “really wants.”
Protagonist is in a pretty hopeless place in her life/career and the only form of encouragement is her grandfather gaslighting her that he always believed in her but anytime she tries to stand up for herself is told she’s acting just like her horrible bitch of a mother who only acknowledged her when the protagonist was successful.

95% of this book is the protagonist trying to solve a murder her ex-boyfriend detective is investigating and unconvincingly acting like she doesn’t have feelings for him anymore.
5% is random undeveloped magical backstory that seemed like an afterthought in order to drag this plot line to make a series.

There was absolutely no story or character development. It was basically a love story of 2 high school kids reunited a decade later in a town where everyone is still living out their high school glory days. I was really disappointed. Other than a under developed murder plot story sideline, there was no sin and the most delicious thing that came out of the restaurant, which was the setting of the story, was bacon and eggs.

realllllly loved this one!

i Really enjoyed this book ❣️ it was fun and funnY. the magic didn't start out over the top, and the relationship between the two main characters isn't choke or gag worthy.
..there isn't a lot of ridiculous shmaltz that makes you want to bang your head against a wall repeatedly. they acknowledge they've both grown independently and that starting over doesn't mean sinking back into a teenage type romance. that, as adults, with new perspectives, they have a chance at something even better=)
..im excited to see where this series is going!
🥳💗

I really hate that I didn’t like this book...at all. It lacked any depth and I found myself shaking my head through most of it because even the “everyday” stuff was not believable.

I loved this story. If you enjoy the dynamic of Bay, Clove, and Thistle in Amanda M. Lee's "Witches of the Midwest," you will be a fan of this book. The characters are interesting. There is a grumpy elderly Grandpa, who would remind me of Tilly (not as crazy). I totally recommend this story. Great narrator too.

I couldn't stop listening it. I can't wait for the next book. Family relationshipa, a little bit of romance and magic what's not to like!

Thank goodness it was on sale!

Seems like a high schooler’s story. Really? I’m only a third of the way through, and will “ff” through the rest of it.? Maybe something spooky will happen?
Hopefully.