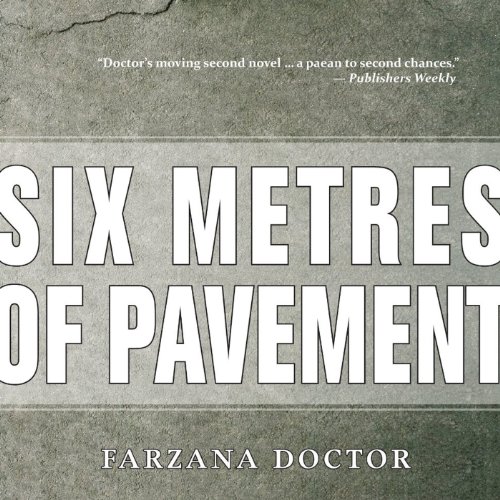 Written by: Farzana Doctor
Narrated by: David George
Try for $0.00

Ismail Boxwala made the worst mistake of his life one summer morning twenty years ago: he forgot his baby daughter in the back seat of his car. After his daughter's tragic death, he struggles to continue living. A divorce, years of heavy drinking, and sex with strangers only leave him more alone and isolated.

But Ismail's story begins to change after he reluctantly befriends two women: Fatima, a young queer activist kicked out of her parents' home; and Celia, his grieving Portuguese-Canadian neighbour who lives just six metres away. A slow-simmering romance develops between Ismail and Celia.

Meanwhile, dangers lead Fatima to his doorstep. Each makes complicated demands of him, ones he is uncertain he can meet.

What listeners say about Six Metres of Pavement