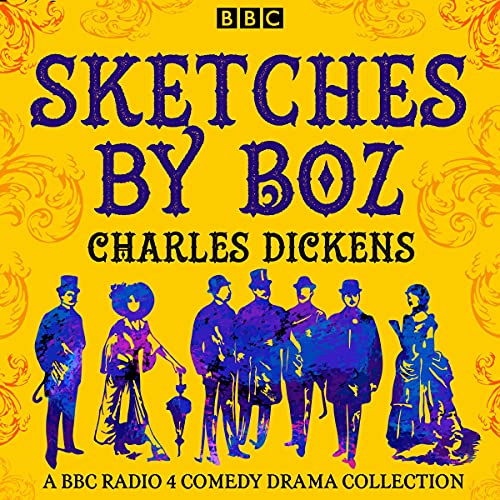 Slices of 19th-century London life from the pen of Charles Dickens.

Here are 10 gloriously comic stories from Sketches by Boz, Charles Dickens's earliest collection of short pieces in which he honed his literary genius. Each tale is dramatised by Dr Stephen Wyatt with a full cast.

The arrival of a bouncing baby boy is wonderful news - but not for miserable misanthrope Nicodemus Dumps.

Alexander Trott finds it is possible to become betrothed in even the most trying circumstances.

A household becomes obsessed with amateur dramatics - with farcical results.

All Mr Tottle wants is to enter the blessed state of matrimony - but the course of true love never did run smooth.

A boat trip on the Thames proves the undoing of 'paragon of perfection' Percy Noakes.

The Crumpton sisters are delighted when an MP's daughter arrives at their finishing school - until a romantic attachment comes to light.

The respectability of Mrs Tibbs' residential establishment is threatened by a mysterious new lodger.

The snobbish Maldertons are thrilled when their unmarried daughter receives the attentions of the gentlemanly Mr Sparkins. But who exactly is he?

What listeners say about Sketches by Boz