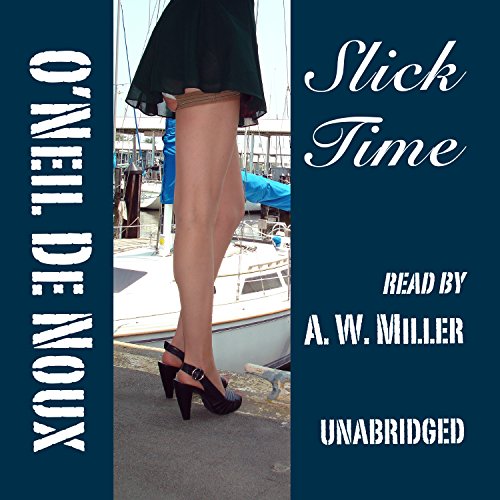 When 24-year-old twins Laurie and Joseph Ercolani inherit a bundle upon the death of their estranged father, they learn their sailing-enthusiast father also left each an identical sailing yacht. The twins have different ideas about what to do with their inheritance. Laurie sees it as an opportunity to fulfill her dream of making a movie. Joe sees it as seed-money for a get-rich-quick scheme. While one twin films a sexy movie against the backdrop of the beautiful Caribbean Sea, the other figures a felonious way of making a couple million bucks in pre-Katrina New Orleans. Slick Time is a sexy caper novel with a kidnapping, an extortion, the filming of an erotic movie, bungling FBI agents, a savvy NOPD detective, a private-eye known as the most dangerous man in New Orleans, as well as the Lusca - a sea monster inhabiting the Atlantis Blue Hole outside Kemps Bay, The Bahamas. There is a ruthless criminal who calls himself Hardacre, a sly mastermind who calls himself Slick, a host of pretty women and an alluring special agent with long brown hair, dark brown eyes and the intelligence to figure it all out. Too bad no one will listen to her. The story is fast-paced with wit, humor, sex, and sharp dialogue.

What listeners say about Slick Time