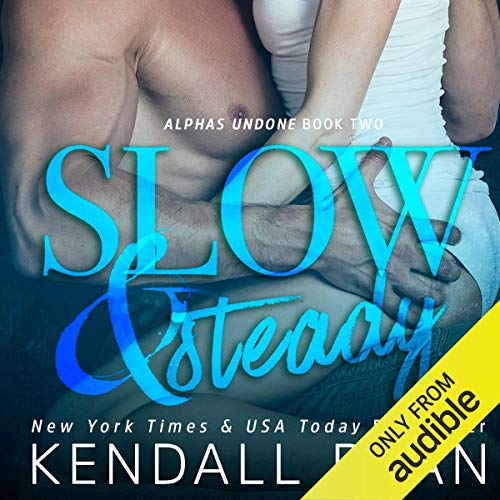 A fiercely independent single mom who makes her living as a stripper.

He'll get his way, one way or another.

My fingers grazed the softest skin I've ever felt. "You're mine to protect now."

Are you ready to meet the most extreme, over the top alpha male I've ever written?

When Greyson tosses $20 on the stage of a strip club, the last things he expects to see are the haunted green eyes staring back at him. Finley should be home raising her infant daughter and baking cookies, not tucking singles into her G-string and giving lap dances.

Greyson can't deny that he'd like his own private show, but there's not a chance in hell of that happening. The last time the former Navy SEAL saw her, she was dressed in black, holding a folded flag, and sobbing that it was all his fault...and he agreed with every single word. He couldn't do anything to help her then, but he can now.

Finley deserves better than this dingy club, and when an obsessed customer crosses the line, Greyson leads the rescue and will do whatever it takes to make amends for their broken past.

He never expected to want to settle down, but with Finley everything is different. For the first time ever, he can breathe. But Greyson will have to fight for what he wants in order to keep the woman with the green eyes he's dreamed about so often.

"This was a nonstop read for me. I didn’t put it down until I finished. I loved it from the first page and I wouldn’t change anything about it." ( Jacqueline's Reads)
"This amazing story was so addictive that I read it basically in one sitting on a lazy Sunday afternoon." ( Winchester Book Reviews)
"Kendall Ryan, you blew this book out of the water for me!" ( My Girlfriend's Couch Blog)

What listeners say about Slow & Steady

This audiobook was just so enjoyable. The story was sweet, sexy and poignant with a happy ending that made me smile. Well narrated and I recommend this book!

I hate to say this in this review but Alexandria Wilde's narration , her voice and her delivery got on my nerves. Because of this I didn't like the main female character . I liked the story very much but her delivery was like fingernails on a chalk board.

All I can say is this was a very sweet to the point story. I enjoyed every minute of it. I like what the characters had to go through as far as love change forgiveness and finding the ability to move on. this was a very beautiful story, very well written. definitely worth buying

Not ad food as the 1st one in the series.

It was ok.
The female auditor was ok but not my fav. Guy was alright. The plot was a but flatter than i’m used to. It passed the time

I Love The Story, Very Much With All Of My Heart! I Recommend U Read The Story For Ur Self, In Enjoy The Story As Much As I Did!🥰😘🤗🎉😁

I didn't even finish this story. Female voice was annoying and I couldn't get passed it. The author was not new to me and I loved most of her work. That said, I will read instead of listening. What a shame that I can't listen from this author.

This story is about a couple with a shared past moving on to find happiness. Add in the sweet little girl and i was lost to the sweetness, especially the willingness of the hero to work for what he wanted. There's a bit of intrigue that steps up the action, and this alpha male doesn't let his woman down. Though not a fan of the narrators, overall this was a good listen.

ONLY GOOD BUT PREDICTABLE

The story pretty much told itself. It was decent with a cute HEA. The male narrator didn't do well for me though, he wasn't real as Greyson. I can't say it wasn't enjoyable by any means.

Angst and action come together wonderfully

A broken man who thinks he has to atone for his mistakes. A single mom left widowed to fend for herself and her daughter. Both are struggling, but can they find solace in each other? And will their shared past coupled with bad decisions prove to be too much?
There is angst. There is a tumultuous back story. The knight's armer is tarnished and the Princess is doing all she can do to survive. I love a story where redemption and a healing love are woven so intricately into the theme. I also loved the building conflict and how it all came together in the end.