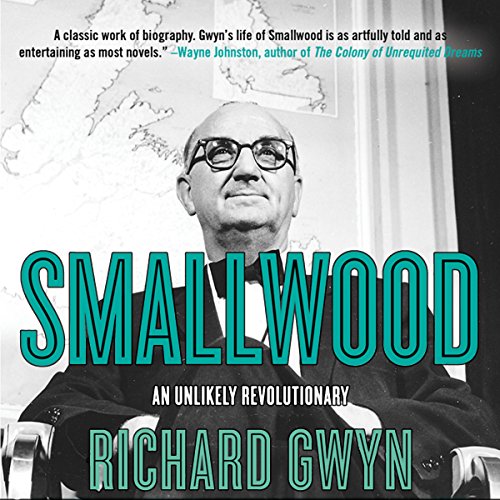 The extraordinary life of Joey Smallwood is the stuff of fiction literally: Wayne Johnston's acclaimed novel, The Colony of Unrequited Dreams, draws heavily on this definitive biography. And no wonder! Set against a colorful background in stirring times, it has as its hero a character whose career defied both convention and the odds. A one-time pig farmer and ardent socialist turned union buster, Smallwood is best remembered as the man responsible for bringing Newfoundland into confederation with Canada.

A full 10 years before Alaska and Hawaii became the forty-ninth and fiftieth states of the union, a massive British Dominion on the Eastern Seaboard was at a crossroads. Should they join the US as its forty-ninth state? Maintain ties with the British via a British-led commission of government? Should they join Canada? Joey Smallwood, a well-known radio personality, writer, and organizer at the time, led a spirited campaign in favor of joining Canada. With 52.3 percent of a controversial vote marred by sectarian tensions, Newfoundlanders voted with Smallwood, and the boundaries of Canada as we know them today were established. The first premier of Newfoundland, Smallwood ran Newfoundland virtually unchallenged for 23 years.

Smallwood's work experience was checkered at best but included stints as a contributor to socialist newspapers in New York and London. He was self-taught and possessed the enthusiasm and wrongheadedness of the autodidact. As Gwyn shows, however, Smallwood possessed ambition of a rare order and utterly unconquerable self-confidence.

These qualities, combined with unerring political instinct, enabled Smallwood to drag a reluctant Newfoundland into union with Canada and subsequently to impose his will over compliant colleagues and a vestigial opposition until he governed his island province with the near-absolute power of a despot. Like a despot, too, he countenanced corruption on a scale rarely equaled in Canada.

What listeners say about Smallwood