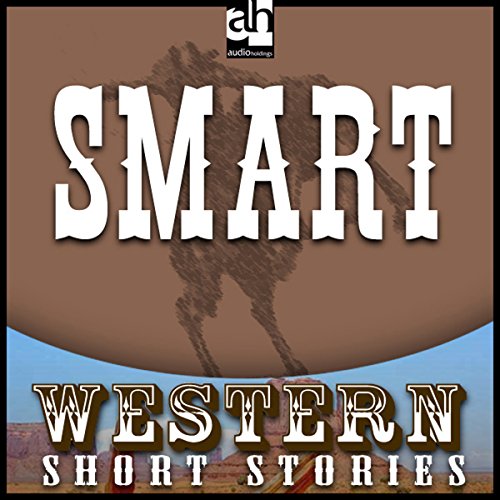 Jimmy Ryan is going along on a bank robbery in the old Wild West in Wayne D. Overholsters short story. At 19 he feels that he's too young to die but has the sinking suspicion that his two cohorts brought him along simply to have someone to throw to the wolves if need be. He describes one, a leader, and the other, a big fat follower, and the caper as it unfolds. James Drury performs this Western yarn; his slight Southern drawl and gravelly tone making this audiobook feel like an actual old cowboy relating one of his young exploits.

A young cowboy joins up with two other would-be bank robbers. The robbery succeeds but in getting away but only the cowboy comes away alive, much richer but not in any way he or anyone else had first expected.
Public Domain (P)2009 Audio Holdings, LLC

What listeners say about Smart