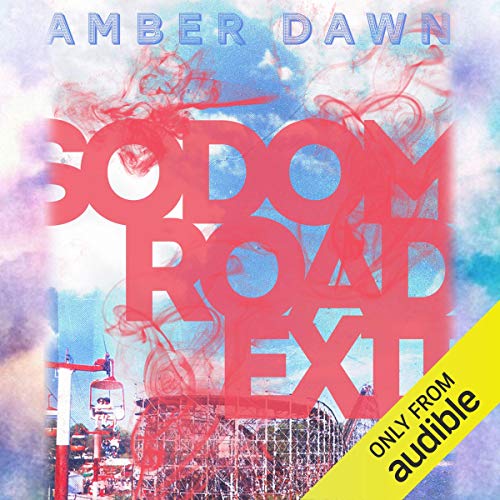 It's the summer of 1990, and Crystal Beach has lost its beloved, long-running amusement park, leaving the lakeside village a virtual ghost town. It is back to this fallen community Starla Mia Martin must return to live with her overbearing mother after dropping out of university and racking up significant debt. But an economic downturn, mother-daughter drama, and Generation X disillusionment soon prove to be to be the least of Starla's troubles. A mysterious and salacious force begins to dog Starla; inexplicable sounds in the night and unimaginable sites spotted in the periphery. Soon enough, Starla must confront the unresolved traumas that haunt Crystal Beach.

Sodom Road Exit might read like a conventional paranormal thriller except that Starla is far from a conventional protagonist. Where others might feel fear, Starla feels lust and queer desire. When others might run, Starla draws the horror nearer. And in turn, she draws a host of capricious characters toward her - all of them challenged to seek answers beyond their own temporal realities. Sodom Road Exit, the second novel by Lambda Literary Award winner Amber Dawn, is a book that's alive with both desire and dread.

I liked all the characters definitely was rooting for them all. i liked that they were all well rounded. Could of done without the narrators child voice. 😶

Heard the author doing a CBC interview last week, and was impressed enough that I looked up and bought the book on Audible. The CBC interview was interesting but was careful to avoid revealing too much. As such, I'm not sure exactly what I expected, but I haven't been disappointed....In particular, it's a little steamier than what I usually pick out for listening/reading, but not in a bad way, and the story has certainly kept my attention. I live in a small northern town, and I have to say I feel quite at home, once the locale changes to the central character's community of origin. Can't help but enjoy fun little rather true to life details, like the local librarian's defense of her arts journal section. The narrator is good, but more so when she's narrating the central character, her changing to other "voices" for other characters isn't doing much for me, I'm afraid, I think she could probably have kept the whole thing in the same tone and been just as, if not more effective. To be honest, I was a little disappointed the author didn't read the story herself, I really liked her on air voice during the CBC interview. Maybe next time....