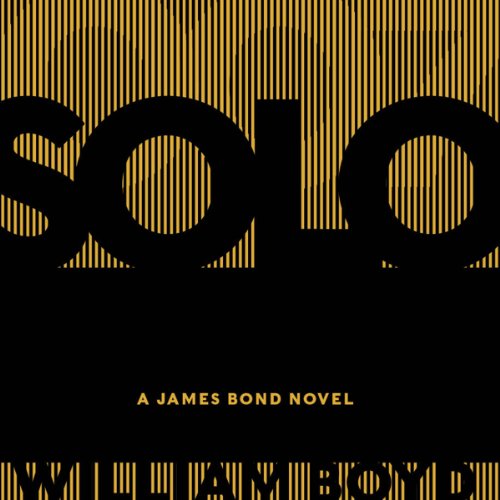 Written by: William Boyd
Narrated by: Dominic West
Try for $0.00

A veteran secret agent. A single mission. A licence to kill.

It's 1969, and, having just celebrated his 45th birthday, James Bond - British special agent 007 - is summoned to headquarters to receive an unusual assignment. Zanzarim, a troubled West African nation, is being ravaged by a bitter civil war, and M directs Bond to quash the rebels threatening the established regime.

Bond's arrival in Africa marks the start of a feverish mission to discover the forces behind this brutal war - and he soon realizes the situation is far from straightforward. Piece by piece, Bond uncovers the real cause of the violence in Zanzarim, revealing a twisting conspiracy that extends further than he ever imagined.

Moving from rebel battlefields in West Africa to the closed doors of intelligence offices in London and Washington, this novel is at once a gripping thriller, a tensely plotted story full of memorable characters and breathtaking twists, and a masterful study of power and how it is wielded - a brilliant addition to the James Bond canon.

What listeners say about Solo

Boyd had more fun than listener?

I’ve never read Ian Fleming so I know Bond only as the film icon; however, I like Boyd and wanted to see what kind of Bond he would create for late 60s Britain.

This is a very uneven novel --- I enjoyed moving through world of the novel with this very ordinary (almost pedestrian) Bond ---when it involved a London neighbourhood or especially West Africa. Other parts, particularly Bond’s romantic encounters, are written in a "workman-like", second rate manner. I wonder if that was intentional, so much does it depart from the fine detail of other sections.

Bond is a man of his times in many ways, but a mainstream 60s hero wouldn’t adopt his positions. Would any Bond enjoy the feeling of being in a woman station head's "capable hands"? or "His powerless made him want to weep" or "Bond began to feel a debilitating sense of impotence"? Perhaps this is a triumph -- The novel (outside of bedroom snapshots) didn't conjure up any movie Bond but a distinct character.

Battles (army battles) and fights abound -- not gory however. No gizmos are involved. Neither is there explicit sex – the encounters are what 007 film goers wold expect, and rather corny. The setting suggests of Nigeria--Biafra in late 60s - early 70s, but those elements were not developed as much as I would have liked (though this is almost a post-colonial bond).

I felt that the novel didn't gel for me and suspect that Boyd enjoyed writing a Bond but perhaps was restrained by external parameters and didn't put his human heart in all of the writing. I liked the parts that were Boyd---William Boyd, so I will stick to William Boyd novels.

Well narrated in a restrained style.