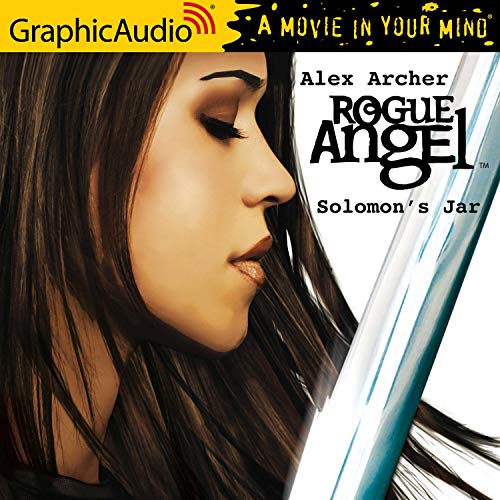 Rumors of the discovery of Solomon's Jar — in which the biblical King Solomon bound the world's demons after using them to build his temple in Jerusalem — are followed with interest by Annja Creed. An archaeologist intrigued by the arcane, Annja pursues the truth about the vessel and its ancient origins.

Her search leads her to a confrontation with a London cult driven by visions of a new world order; and a religious zealot fueled by the insatiable desire for glory. Across the sands of the Middle East to the jungles of Brazil, Annja embarks on a relentless chase to stop humanity's most unfathomable secrets from reshaping the modern world.

sound effects and narration are great, story is not cohesive. A bunch of unlinked scenes in different places.
relaxing and entertaining, but not a great read

been listening to Rogue Angle for a while could only find them in truck stops violet truck stops or loves great for long trips kept me awake. Quick stories with a lot of action. pick up one for yourself and enjoy.