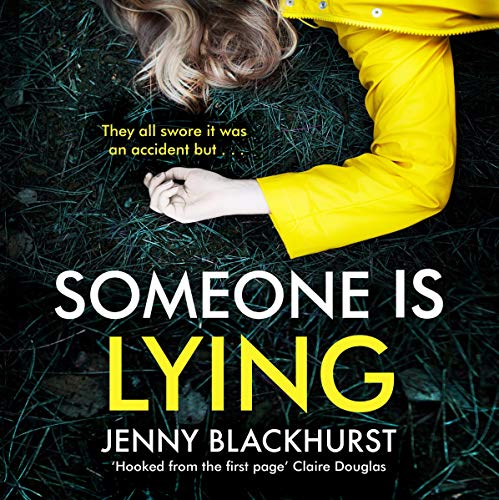 Written by: Jenny Blackhurst
Narrated by: Lucy Price-Lewis
Try for $0.00

The chilling new psychological thriller from Jenny Blackhurst, the number one best-selling author of How I Lost You. Full of unexpected twists, this is perfect for fans of Friend Request, Close to Home and The Guilty Wife.

It's been a year since Erica Spencer died in a tragic accident at a party, and the community where she lived has moved on with their lives. Everybody has secrets. But someone thinks it wasn't an accident. Someone thinks it was murder.

Some are worth killing for. And when an anonymous podcast names six local suspects, shock waves ripple through the neighbourhood. Before the podcast is over, the police will be opening more than one murder enquiry. Because someone is lying. But who?

What listeners say about Someone Is Lying

keeps you guessing til the end!

it was a bit hard to follow at times, but ab interesting plot twist. would recommend.