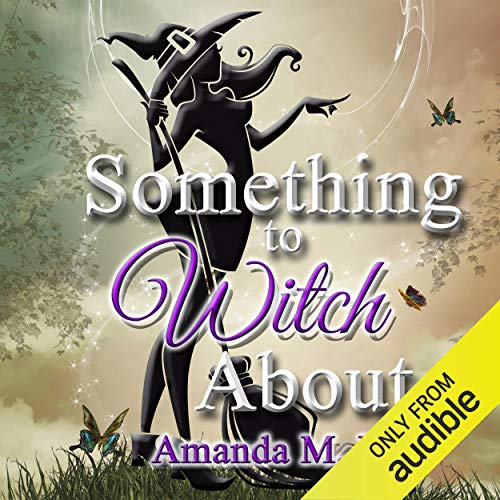 Something to Witch About

Life's a witch...and then you die.

It's the dying part vexing Bay Winchester these days. She may be a long-suffering daughter, thankless newspaper editor, and keyed-up girlfriend, but she's barely holding off a royal freak-out.

Landon's family is visiting the inn - and they're not exactly open minded. Bay is on a mission to hide her witchy ways, but the discovery of a body - and the poltergeist that accompanies it - at The Overlook tips everything into turmoil.

Landon's mother doesn't trust them - and his Aunt Blanche is moving in on Aunt Tillie's man (which is causing more trouble than anyone saw coming). That's on top of the paranormal havoc the poltergeist is wreaking in every corner of town.

Bay and Thistle are convinced Aunt Tillie knows something about the body the construction company unearthed while erecting her beloved greenhouse. The problem is, she won't admit it.

Landon is on vacation. Chief Terry is on edge. Clove is hiding something - and it has nothing to do with the poltergeist. That's on top of the fact that Bay's mom and aunts are feigning eternal ignorance.

The poltergeist is out for blood, though - and it will only settle for Winchester blood.

When everything comes to a head, a long-held Hemlock Cove secret will be unveiled - and it's not what anyone is expecting.

What listeners say about Something to Witch About

i still get a kick outta these books and although the narrator is growing on me (some) she still irritates me at times. inflection is still Way off and her pronunciation is unbearable at times, but i Will give her the credit she deserves when it comes to (some of) the different voices she does. there Are times i find myself forgetting its the same person doing all the voices. for the most part, you can tell who's 'speaking' by the voice she's doing, and that's not always easy. yep, she's growing on me! and i know that down the road, in books to come, ill be wishing her back. some of the future narrators have absolutely zero redeeming quality

This narrator is terrible! Her inflection is horrible and she mispronounces words left and right. It’s like nails on a chalkboard. It tells you how good the story is that I listened past the first 5 minutes.

Didn't have the production issue of the earlier book, and the narrator did better. Good, fun, fluff.

Another great book in this series

What made the experience of listening to Something to Witch About the most enjoyable?

Everything from the plot to the narrator

There is always a suprise ending

Which character – as performed by Aris – was your favorite?

Can wait to do the rest of the series!