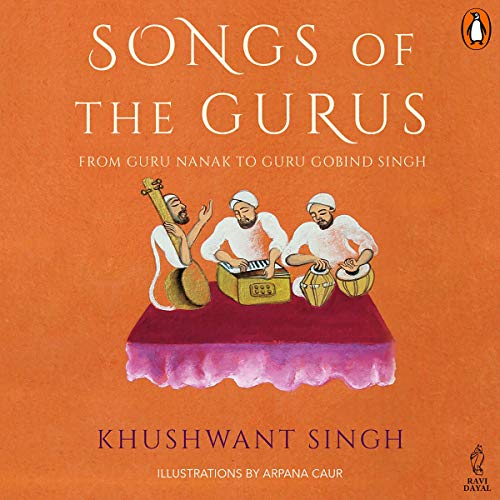 Songs of the Gurus

Written by: Khushwant Singh
Narrated by: Deo Haldar
Try for $0.00

The Sikh religion was founded by Guru Nanak (1469-1539), who drew upon the teachings of Muslim, Sufis, and Hindu Bhaktas. In its purest form Sikhism is about unity, simplicity, equality, and surrender (to God) and the verses of the Sikh Gurus - most of them included in the Granth Sahib - articulate this beautifully. This elegant edition contains a selection of verses from the Guru Granth Sahib and other sacred texts like Guru Tegh Bahadur’s Vairagmayi Bani and the Dasam Granth of Guru Gobind Singh. Brilliantly translated by Khushwant Singh, these moving mystical hymns retain the immediacy and the lyricism of the originals.

What listeners say about Songs of the Gurus