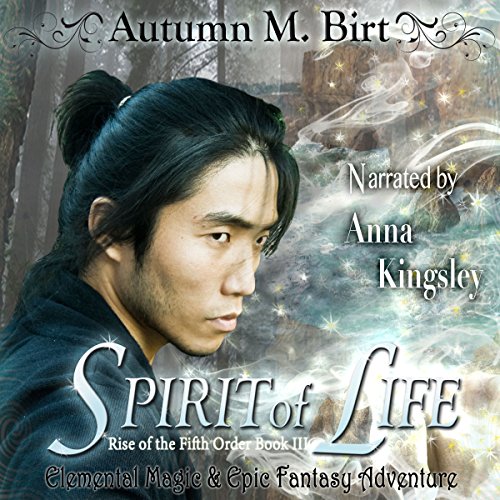 Spirit of Life: The Rise of the Fifth Order, Book 3

Would you protect a girl whose forbidden abilities condemn her to death?

Seventeen-year old Ria has mastered her forbidden gift of magic despite the Church's pursuit. But for those who have protected her, the price will be paid in blood. War threatens those who have given her and others who harbor the power of magic, refuge. As High Priest Sinika gathers the might of the Church, friends in the forest of Kith prepare to fight, while a few join Ria to take on a greater challenge - a race to avert the coming war.

Return to the world of Myrrah with Spirit of Life, the final book in the Rise of the Fifth Order series, full of elemental magic and epic fantasy adventure!

What listeners say about Spirit of Life: The Rise of the Fifth Order, Book 3

The book itself is awesome. Great characters, fantastic story, and the world building is on point. However, the narrator and the editing of the recording are pretty subpar.