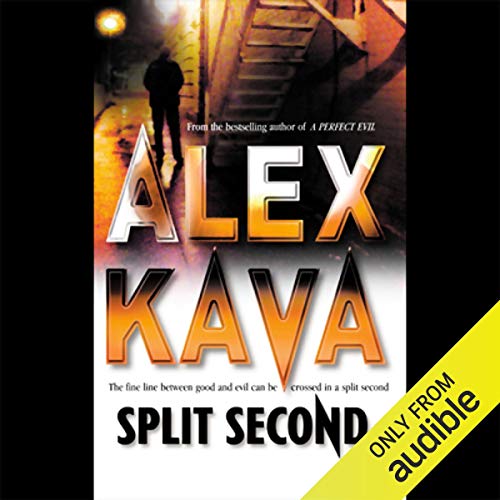 They dubbed him the Collector, so named for his ritual of collecting victims before disposing of them in the most heinous ways possible.

FBI Special Agent Maggie O'Dell spent two years tracking him down, caught in a game of cat and mouse that left her forever marked by this killer.

Now Albert Stucky has escaped from prison. And he is setting up a new game to draw Maggie back into the chase.

Some say Maggie O'Dell has lost it, lost the professional edge that makes her one of the best criminal profilers, and lost her ability to think clearly. Since capturing Stucky she's been walking a tightwire, battling nightmares and the guilt over the victims she couldn't save. Now with news of his escape, she's been taken out of the field until he's caught again. But Maggie knows the truth: only she can see into the twisted mind of this madman. Only she can catch him. Albert Stucky wouldn't have it any other way.

When it becomes undeniable that Stucky's trail of victims is leading closer and closer to Maggie, the Bureau puts her back on the case. Under the supervision of Special Agent R. J. Tully, Maggie joins the hunt for a psychopath who continues to stay one bloody step ahead of them. And, once again under the control of a cunning killer, Maggie finds herself pushed to the very edge.

What, ultimately, is Maggie O'Dell capable of? Has her desire to stop Albert Stucky, to make him look into her eyes before she ends the game once and for all, become a matter of personal vengeance? Has she crossed that line in her need to make him suffer as he's made others suffer? And is this Stucky's game, to turn Special Agent O'Dell into a monster?

©2001 Alex Kava; All rights reserved including the right of reproduction in whole or in part in any form. This edition is published by arrangement with Harlequin Books S.A. All characters in this book are fictitious. Any resemblance to actual persons, living or dead, is purely coincidental.

I hate to complain, let alone about something so shallow, but I absolutely could not get over this reader. She seemed to have no enthusiasm, no emotion; she was monotone. Even though this is one persons opinion, I have to say I do not recommend this book. If you are reading the series like I am, just skip this book (or read the hard copy); you wont miss anything.

Problems with the narrator

I really liked the book but because of the change in narrators from the previous book I read by Alex Kava I had a very hard time listening. The woman sounded like she had a horrible cold and made listening a grueling chore.

I'm not a big fan of abridged editions and this one did not change my mind. I had enjoyed reading the print edition of the first book in this series, but prefer audio as I rarely have time to sit and read. Unfortunately, many of Kava's books are not available in audio, and those that are, are abridged.
At about 3 hours long, this story goes by so quickly that I hardly had time to figure out what was going on, let alone enjoy listening. There is no time to flesh out the characters or build suspense. By the end all I could think was 'why bother'?
If I ever get time to actually sit down, I will continue the series with the print editions, (unless unabridged versions are released).

Is this really an FBI agent?

What did you love best about Split Second?

The pace. Steady without excessive nonsense

Would you be willing to try another book from Alex Kava? Why or why not?

No. After listening to 4 stories about an irresponsible, danger prone FBI agent who gets shot do to bad situational awareness and irresponsible decisions, I don't think I need too waste any more time. It seems to be her theme and each book from this point on is more than likely the same old thing.

I was more annoyed than anything. Its highly unlikely that an FBI BSU agent would engage in the activities this one did.

I really love Alex Kava. She writes an edge of your seat novel. Agent Maggie O'Dell is a great character; a gutsy, passionate character. I only rated this as a 3 because of the lady reading this one. She sounded like she had a bad head cold - it was annoying to listen to. I was glad this was a short novel because of that.

Love the story, not the voice

No matter how I tried, this just wasn't the voice of Maggie. so disappointed. Waste of a credit.

Abridged version leaves too much out of the story

When I find a series that I enjoy, I find it is usually important to listen to the series in order because of references to earlier book events that shape the main character. In this case I had originally started listing to the Ryder Creed series then started the Maggie O'Dell series. Had I not read the full text I would have missed an important part of her character development.

Audible, please record the unabridged versions of books for your fans first.

A quick listen to follow on with the Maggie ODell story. Vivid emotion felt with it's telling.

I enjoyed this abridged Version.

For a abridged version this book split second was an enjoyable couple of hour listen, if you like serial killer mysteries you will enjoy this.