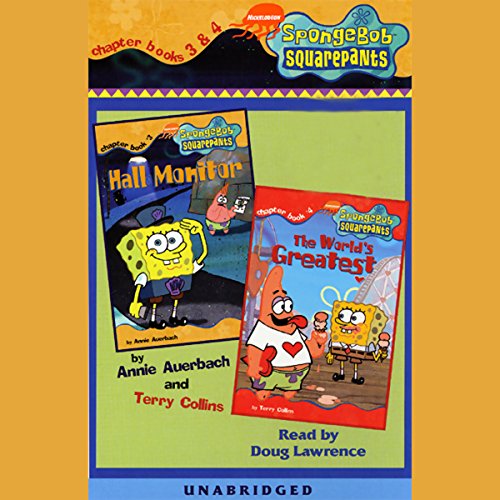 In Hall Monitor, it's time to pick out the week's hall monitor at Mrs. Puff's Boating School, and SpongeBob is next in line! But when SpongeBob SquarePants reports for duty, he takes his new authority out of the school yard and into Bikini Bottom! The unsuspecting citizens will never be the same after SpongeBob wreaks total havoc in this uproarious underwater tale.

In The World's Greatest Valentine, SpongeBob makes the biggest, sweetest valentine ever for his best friend, Patrick, on Valentine's Day. But when a herd of chocolate-eating scallops threaten the valentine's arrival, SpongeBob has to come up with a new plan. Can SpongeBob save the day, and the citizens of Bikini Bottom, before the disappointed Patrick loses control? Find out in this story based on the special SpongeBob SquarePants episode "Valentine's Day."

"Loyal fans can be assured that SpongeBob's escapades play well in audio." (AudioFile)

What listeners say about SpongeBob SquarePants