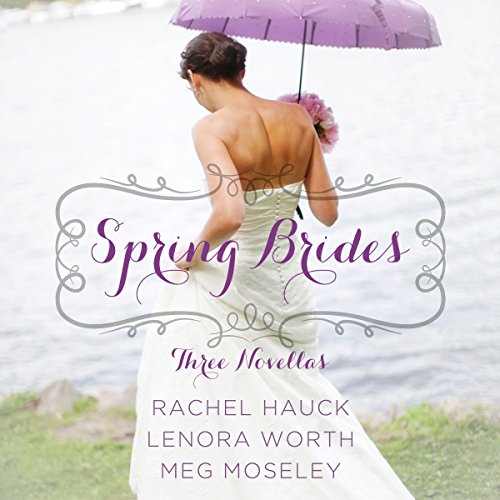 A March Bride by Rachel Hauck: Susanna Truitt (Once Upon a Prince) is three weeks from royalty. She'll soon marry King Nathaniel II of Brighton Kingdom. But when the government insists she renounce her American citizenship before the wedding, coupled with the lack of involvement by family and friends, Susanna's heart begins to doubt whether this marriage is God's plan for her.

An April Bride by Lenora Worth: Bride-to-be Stella Carson cannot wait another day to marry soldier Marshall Henderson. But when Marshall returns home to Louisiana, it becomes clear to them both that he is not the man he used to be. With only weeks until the wedding, Stella and Marshall must choose between a marriage built on the past and faith in long-ago love or a very different future from the one Stella imagined.

A May Bride by Meg Moseley: Ellie Martin, a country girl living in Atlanta, has dreamed of a traditional wedding all her life, but she's missing a key ingredient to her plans for the future: a groom. Then Ellie meets Gray Whitby--at a wedding, of all places. But when Ellie jeopardizes her own future for the sake of her sister, Gray feels like he'll always be second to Ellie's family. Can Ellie and Gray find their own way together amid the demands and perceptions of others, or will their romance end before it has truly begun?

What listeners say about Spring Brides