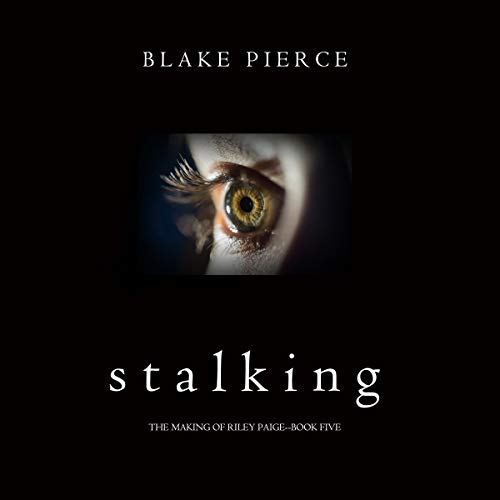 Written by: Blake Pierce
Narrated by: Sarah Kempton
Try for $0.00

Stalking (The Making of Riley Paige) is book five in a new psychological thriller series by number one best-selling author Blake Pierce, whose free best seller Once Gone (book one) has received over 1,000 five-star reviews.

When two teenage girls turn up dead in different states, each strangled, and each killed within days of each other, the FBI calls in its brilliant new agent, 22-year-old Riley Paige, to stop the serial killer before he strikes again.

Riley, fresh out of the academy and off her last case, is settling into FBI life and to her new partnership with her mentor, Jake. She is starting to feel confident in her abilities - when this new case lands. It is a case that shocks her, that stumps her, and that rocks her self confidence to its very core.

What do these two girls have in common? Why can’t she figure it out? Is this killer as diabolical as she suspects?

The only way to find out is for Riley to enter the dark canals of the killer’s mind, to stare into the precipice of darkness - and to hope that it doesn’t swallow her alive.

An action-packed thriller with heart-pounding suspense, Stalking is book five in a riveting new series that will leave you listening late into the night. It takes listeners back 20 plus years - to how Riley’s career began - and is the perfect complement to the Once Gone series (a Riley Paige mystery), which includes 15 books and counting.

Book six in the Making of Riley Paige series is also now available for pre-order!

What listeners say about Stalking

I’m glad the narrator was changed, wasn’t a fan of the last lady’s voice, but in the last book number 4, they had said the Riley was made Jakes partner? So I didn’t get how the whole subject of him having a partner was a thing still?

Another great story! I listen to them when I travel or I am working on projects at home. Great characters.
Love Sarah, just don't think she is best match for these books! Her accents do not fit the characters and sometimes words and names are pronounced incorrectly.
Overall still a great way to spend afternoon.