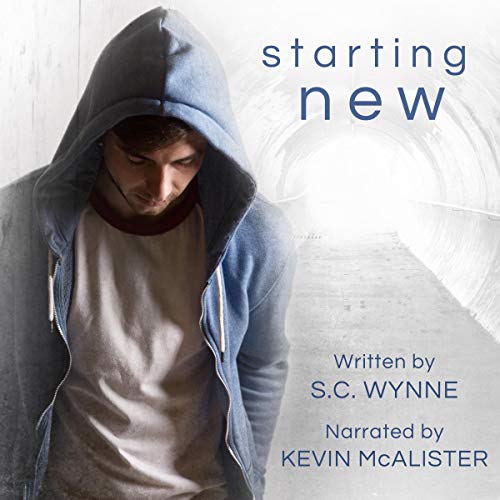 Life hasn’t been good to Francis Murphy. He’s survived 21 years of homelessness by hooking and taking handouts where he can find them. When the local shelter is vandalized, he’s forced to seek food at the Grace and Light Church, where he runs into the pastor’s son, Randy.

Randy Wright believes the best in others. He’s immediately drawn to Francis, even though Francis is hardened and wary. When Francis is attacked by one of his johns, Randy and his family take him in and offer him temporary work. Randy always thought he was straight, but something about Francis has him yearning for more than just friendship, and realizing he might be bisexual.

Francis is attracted to Randy too, and Randy and his parents say they’ve always believed in gay rights. But talk is cheap. What are the odds that these Christian parents will remain open-minded when it’s their own son in a relationship with another man?

What listeners say about Starting New