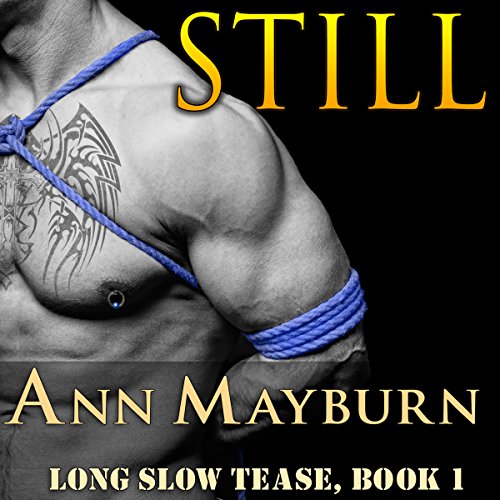 Written by: Ann Mayburn
Narrated by: Cassie Fields
Try for $0.00

Dr. Michelle Sapphire and Gunnery Sergeant Wyatt Callahan formed an unbreakable bond and an unacknowledged, forbidden attraction to each other while serving together in Afghanistan. Their lives are forever changed when a mortar attack grievously wounds Wyatt and Michelle brings him back from the brink of death. But when they both return to the civilian world, Michelle discovers that her rock-solid Marine is suffering from severe PTSD and may even be suicidal.

Wyatt Callahan fell hard for the aristocratic blonde doctor the moment he laid eyes on her. After reentering civilian life in his hometown near Austin, Texas, Wyatt is plagued by nightmares of the death and suffering he witnessed during the war. He'd love to reach out to Michelle, but Michelle is a Dominatrix, and she has made it very clear to Wyatt she isn't interested in a relationship with anyone who doesn't accept her lifestyle. An Alpha male to the core, he can't imagine the appeal of being submissive. At the same time, the idea of serving Michelle, of being everything she wants and needs, rings true in his wounded soul.

Michelle has dark secrets of her own, and together with Wyatt she will have to battle her personal demons during their emotional journey of healing, redemption, and love.

What listeners say about Still

This book had some great stories in it, but they are hot button issues for many readers and since this is part 1 I can't see how this is all going to work out yet. Those issues would be:
1. Male Submissives, which was kind of hot!
2. PTSD, these characters did time in Iraq and they are vivid about retelling their stories and the author portrays flashbacks and PTSD episodes very well....scarily well! If you have experienced PTSD, especially from the Military stand point might want to skip this book.
3. Suicide due to PTSD
4. Drinking to dull the pain
5. Loosing a loved one due to random gang violence in a suburb
6. Finding a new relationship after your fiance dies

I think that covers all the major issues people might have...generally I don't tell so much about a book but if it involves a true hot button for people I'd rather they know in advance.

I liked the book, really liked how the author built up the story and have already listened to 2 of her other books, she is really great and I plan to listen to them all!

Amazing Book in Both Written and Audio Formats

I would absolutely recommend this book. The story is strong, and the characters are people I feel like I know.

Have you listened to any of Cassie Fields’s other performances before? How does this one compare?

This was my first book narrated by Cassie Field. I could absolutely "see" her as Michelle, the main female character. She completely owned the character and I give her 5 stars for her perfomance. For her portrayal of Wyatt, I give her 3.75 stars, because it took me to about the end of chapter 2 before I was completely adjusted to her voicing of Wyatt. As a personal quirk, I rarely find women narrators can do male voices well. The other characters' voices were well done, but I had a bit of an adjustment to accept that Yuki, Michelle's best friend, sounded like she was from the Southern US. Yuki's origins/accent is never described in the book, so she could easily be from the south naturally, but it threw me at first, hearing the accent associated with Yuki.

The opening scenes from the main characters' time while deployed in Afghanistan were authentic -- enough so that my own issues from deployment were engaged. As a personal benchmark, that tells me the author has gotten the military portion correct.

The story then picks up with Michelle and Wyatt reconnecting Stateside, once they are both discharged from the military. Their relationship is complicated by their individual mental health challenges, specifically Michelle's crushing grief and guilt from her fiancee's murder years earlier and Wyatt's multiple combat-tour induced PTSD, which has been punctuated by a downward spiral of alcohol abuse and thoughts of suicide. Ann's accurate description of Wyatt's PTSD symptoms and Michelle's on-going anguish at the loss of her fiancee made me feel those emotions and the devestation both characters experience. Just as in real life, there are no easy "cures" for these problems and at the end of the book, Wyatt knows he is in a better place thanks to his relationship with Michelle. Michelle on the other hand, still has issues to resolve, but their devotion to each other is helping them heal.

An ok story with great narration!

The narration was great! Cassie Fields does a great job. I would have liked a little more tone change between Michelle and Wyatt, but it wasn't enough of an issue to complain about really, she gets 5 starts from me!

This was my first audio book and I have found a new way to enjoy my books. I love the female dominant role with a male submissive. Michelle and Wyatt's beginning was a wonderful story. I can't wait to hear/read book 2.

If you could sum up Still in three words, what would they be?

What was one of the most memorable moments of Still?

I would have to say it's the part on the porch swing ;) I won't say more, you'll have to listen to find out for yourself why that was so amazing. Trust me, you'll know why once you listen. That part was so emotional I felt it clear to my soul.

Have you listened to any of Cassie Fields’s other performances before? How does this one compare?

No but I enjoyed her narrating.

Yes! I couldn't put it down!

The entire story as a whole is simply amazing and so emotional and powerful. Ann has a way of making you feel what the characters are feeling. Whenever I read/listen to one of her books I am sucked in to their world. I feel their happiness and sadness, their love and their pain. Plus, the sexual chemistry is so intense, it practically burns the pages.

There are amazing secondary characters that you can't help but fall in love and a world you can't help but want to live in. The facts are accurate, the problems are real, and it really gave me insight not only on someone who is suffering from these very real problems but also on what it takes to overcome them and take back control of your life. Ann has done a fabulous job staying true to the story and the lifestyle and giving our military the respect they deserve.

Warning: This is not the end of the story. Follow this story with the equally amazing book PENANCE and find out the conclusion of Wyatt and Michelle's story.

Ann is a must buy author for me regardless on format, audible, paperback, or ebook, I will always enjoy my time in one of her stories.

The narrator is horrible! She ruins the main male characters voice and makes him sound like a wimpy, feminine country bumpkin.

Michelle Sapphire, and Wyatt Callahan formed a bond and established a high level of trust when both were deployed in Afghanistan. Michelle was a Lieutenant and doctor in the Navy, and Wyatt was a Gunnery Sergeant in the Marines. They were also very attracted to one another, but were unable to even consider having a relationship that was not completely professional. After they return to the civilian world, they reconnect, but both are struggling with some pretty serious issues. Wyatt is suffering from PTSD and is in bad shape after the suicide of his best friend. Michelle is still dealing with grief and guilt over the death of a former boyfriend. She is a Domme, and would love nothing more than to make an Alpha male like Wyatt her submissive. She believes that she can help him get his life back on track if he will submit to her for a month.

I was able to connect to both characters in this book pretty quickly, and was glad to realize how their level of desire for each other was comparable. The chemistry between them was very hot, and one of the things that made everything hotter was the slow steamy pace that they allowed themselves to connect physically. Michelle had her reasons for wanting to wait to fully give herself to Wyatt, and both were dealing with some pretty heavy stuff. In addition, Michelle knew who she was sexually and what she wanted. Wyatt wanted Michelle, but did not think he would be able to submit to her. Watching the two of them come together and stubble to give each other what they both needed was rewarding. I will gladly continue with this series and read more by this author in the future.

I thought the narration was good. Her voice was clear and made it easy to stay in the story. The voices she used for the different characters were easy to distinguish, and seemed to fit the characters well.