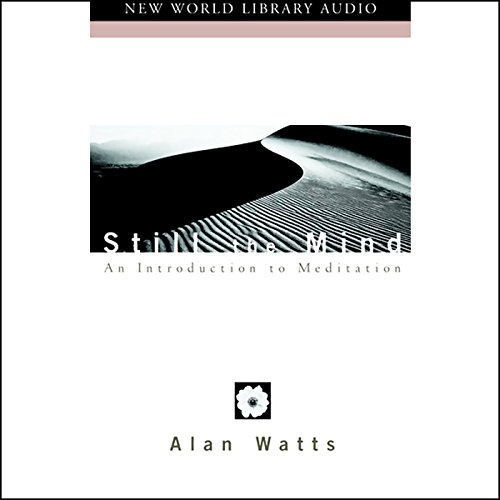 Alan Watts became famous first as a brilliant intellectual and then as a serious student of Buddhism and meditation. In the 1970s, the last years of his life, he retreated to a small, isolated cabin deep in the woods. He meditated every morning and then wrote. Still the Mind consists of several talks he gave in his later years, recorded and edited by his son, Mark Watts, and then published as a book. His speaking shows a maturity and wisdom that can only come after years of meditation, and his teachings are still as visionary today as when they were first spoken.

In his teachings, Alan Watts uses words to take us beyond them. He instills in listeners not only an understanding of meditation but an experience of it as well. Whether you have been meditating for years or are just beginning, Still the Mind will deepen your practice. It takes you on a journey that shows you the great miracle of who you really are.

2000 Winner Listen Up Award: Religion/Spirituality
"Watts' lighthearted delivery is as interesting as his message. He often breaks into spontaneous laughter, and the listener can tell that his audience is friendly and enthralled." (Publishers Weekly)

What listeners say about Still the Mind

Less and less a quaking mess

By the time I first I listened to this presentation, I totally identified with what he calls the "quaking mess"--at my wits end about the problem of not being able to do anything about the human dilemma of not being able to do anything about the human dilemma. Furthermore, I have a heart murmur that's become more exaggerated over the last decade which, to say the least, is not exactly calibrated to rhythmic breathing. The inner sloshing feeling and it's pattern just don't mesh with the breathing. So I've avoided meditation, but at age 68, I'd run out of options. I was truly a quaking mess in more ways than one.
About 5 minutes into the recording, he had calmly and gently but lauthoritatively drawn me me in, and I was convinced that it was enough that the heart was still beating and the lungs we're still breathing.
It felt like he knew exactly what it was like for some of us to approach the topic and then to guide us through one , even though I knew he'd been doing it for decades.
For me the empathy, the instruction, and the laughter in this recording are invaluable.
Sometimes just listening to ANY of his talks while I'm working around the house or driving is enough to instill a sense of refuge, and every time I listen to or read his work, I feel grateful to have found him several years ago. What a gift!

Very little actual content. First 40mns nothing to do with meditation per se. Second 40mns very little coverage of meditation. A lot of pauses, a lot of background noises. Regret the price of admission.