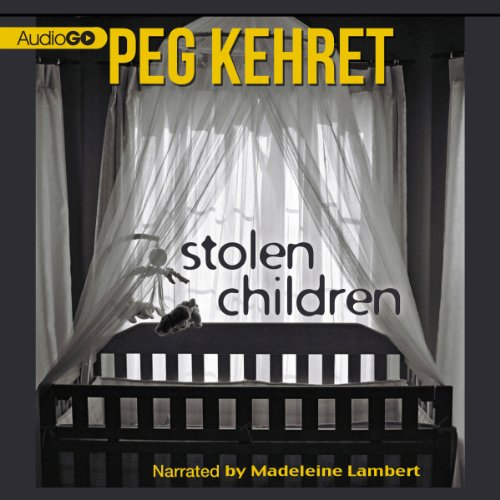 Amy learned a lot in her babysitting course - but not what to do if two thugs show up, intent on kidnapping.

When Amy agreed to babysit little Kendra Edgerton, she had no idea she was stepping into a kidnapping plot. Armed with misinformation and a weapon, the two men force the girls out of the house and take them to a remote cabin in the woods. There they make videos of the girls and mail them to Kendra’s wealthy parents in an effort to get ransom money. After several of her escape attempts fail, Amy is forced to make one last, desperate move, sending clues to the police through the videos. But time is working against her.

" Stolen Children features an interesting story and a strong female character." ( School Library Journal)
"Plot-driven and consistently paced, this quick read has ample suspense and drama." ( Booklist)
"The story is fast-paced, plot-driven, and involving, with comic relief provided by the captors’ fumbling machinations and little Kendra’s behavior. A sure hit for the intended audience." ( Kirkus Reviews)

What listeners say about Stolen Children

I read this book when I was young and havent been able to get the story out of my head, after some googling I finally found it and was able to listen to it through Audible. Pretty good book but I would say it is definitely for young readers.

My kids and I decided to read this title, as it was a recommended read for their class. Sometimes the narrator's voice cracked and she speaks a but slow, but we thoroughly enjoyed it!

I love this book It gives you so many different feelings unlike the other people that have rated this I am a nice ten year old and loves to read other people are rude. This book is a teaching lesson for kids

didnt let me play the book and i really like how the summary was like. I wanted to listen to it.