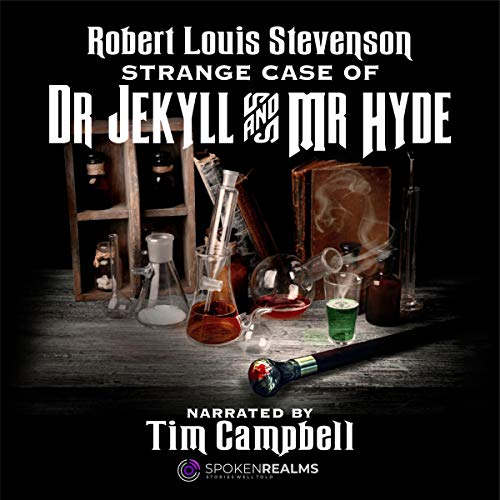 Doctor Henry Jekyll, on a quest to liberate our inner demons from the constraints of our conscience, unleashes ancient and primal forces buried deep within us all.

Once released, can that nature ever be contained?

In true Gothic tradition, join Henry in his race against time as investigating detectives and others uncover evidence that slowly leads them back toward the doctor himself.

Heralded as “one of the most amazing crime stories ever written”, Stephenson’s Strange Case of Dr. Jekyll and Mr. Hyde was met with immediate critical acclaim and is still a popular pause-resister through to the present day.

A highly accomplished Scottish novelist, poet, and travel writer, Robert Louis Stevenson, also the author of Treasure Island, The Black Arrow, and Kidnapped, may always be best remembered for this unique tale that pits Dr. Henry Jekyll against the embodiment of his inner demon, Mr. Hyde.

What listeners say about Strange Case of Dr. Jekyll and Mr. Hyde