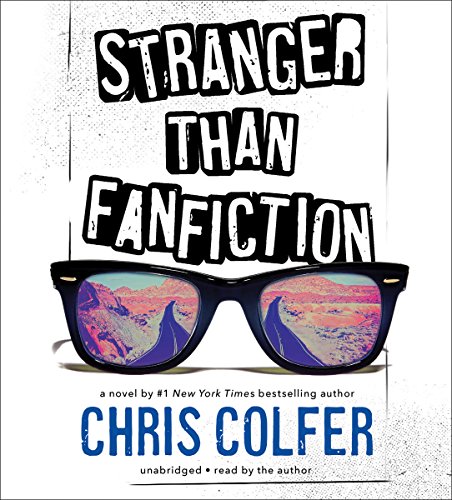 Cash Carter is the young, world famous lead actor of the hit television show Wiz Kids. When four fans jokingly invite him on a cross-country road trip, they are shocked that he actually takes them up on it.

Chased by paparazzi and hounded by reporters, this unlikely crew takes off on a journey of a lifetime - but along the way they discover that the star they love has deep secrets he's been keeping. What they come to learn about the life of the mysterious person they thought they knew will teach them about the power of empathy and the unbreakable bond of true friendship.

In this touching novel, number one New York Times best-selling author Chris Colfer takes us on a journey full of laughter, tears, and life-changing memories.

What listeners say about Stranger Than Fanfiction

Really enjoyed the story. Narration was perfect.
Want to know what happens next for Downers

Not just an amazing actor and singer...

I will admit that I purchased this book because I am a fan of Mr. Colfer's performances on the show "Glee" and in the film "Struck By Lightning." I was pleased to find that his talents extend to the written word. The characters are extremely likeable, even when behaving badly, and I appreciated the lighthearted tone despite the serious topics it touches upon.

Another Chris Colfer master pieces. I had a really good time listening to this. It’s light hearted and funny.

A coming of age story with a twist

I did not see that coming.

If you know Chris Colfer only from his Land of Stories books, be prepared to watch the author take his craft to the next level.

I absolutely loved this book. It has been my favorite since I first read it myself. And even more now that I got to listen to it. Thank you for such a good experience!!!!

audio of stranger than fanfiction

absolutely loved and enjoyed this book, it's my first chris colfer book (who I have adored since glee) and it won't be my last!