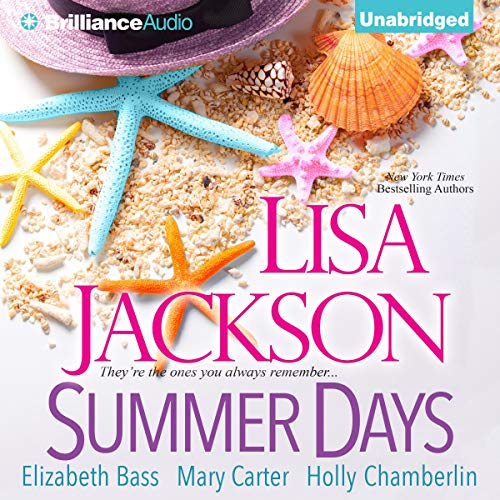 "His Bride to Be" - Lisa Jackson

The job perks: a two-week luxury cruise in the company of one of the most eligible bachelors on the West Coast. But posing as Hale Donovan's fiancée to finesse a takeover deal will challenge all of Valerie Pryce's resolve to keep business and pleasure separate.

A group yoga tour to Peru is the last place Meredith expects to see her workaholic ex-boyfriend, Sam. Seven years have changed everything - except Meredith's regret at abruptly running away. Yet amid the magnificent views and ancient ruins, a new chance may be waiting...

Jacob was the shy, kind twin. Chris was wild and dangerous. As a teenager, Carrie Jensen was a little in love with them both. Now Carrie is coming back to Hampton Beach for a summer, where she'll untangle the lie that broke her heart.

There's nowhere Ellen would rather nurse her wounds after her ex’s betrayal than Ogunquit, Maine - a little beach town where she spent idyllic childhood summers. Then Ellen meets a charming local artist who challenges her to create new memories….

What listeners say about Summer Days

I thought this was a mystery type of book. I kept listening waiting for the mystery to start and it never did. Story lines a little predictable but, all in all, not bad. Enjoyed narration.

Could not get into this book

I am halfway through this book and for some reason I just couldn't get into it. I thought the stories to be boring.

Would you consider the audio edition of Summer Days to be better than the print version?

Big Lisa Jackson fan. I usually listen to mystery but this is a really good book.