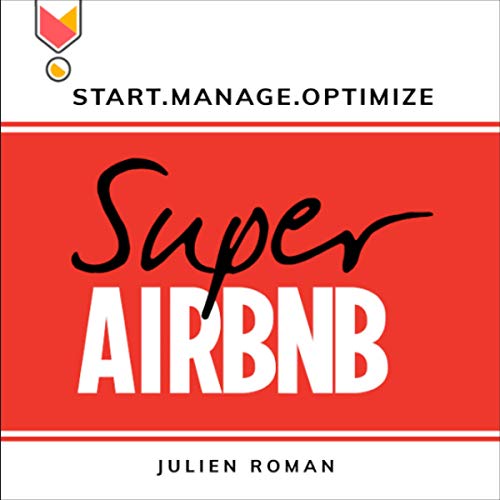 Through this audiobook Julien Roman retraces the route that has allowed him with his wife to build up a real estate heritage of more than one million euros in the space of two years. From nothing they launched themselves into this crazy adventure and have never ceased to invest each day in this growth market that is booming.

As a totally new real estate investor, Julien Roman has surfed and still surfs on the wave of seasonal rental. It is considered as the new El Dorado of investors whether they are novices or experienced.

Indeed, with lending rates currently at an all-time low and very high rates of profitability, new investors decide each day to launch into the adventure and this without any real experience in the domain.This audiobook indicates paths not just to set off but also to build up a heritage as quickly as possible. As great fans of the Californian platform Airbnb, Julien and his wife, Sophie, have welcomed almost 150 travelers in less than two years.

With a rating of 4.9 out of five, they have obtained in the space of only three months the status of “Superhost”, which rewards the best hosts on the platform. In Super Airbnb, Julien distils numerous techniques to set off as well as numerous strategies to optimize one’s seasonal rentals in the medium and long term. Whether it is managing messages, automatic check-in, or the task of cleaning, this audiobook is crammed with tricks and advice. Let yourself be carried away by his unusual story and launch yourself for good into short-term rentals in order to build up a true real estate heritage.

What listeners say about Super Airbnb