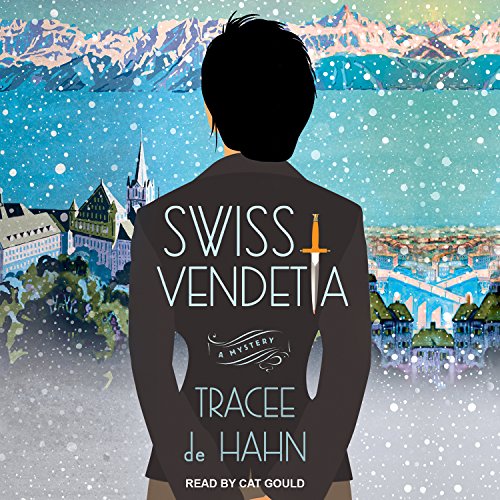 Inspector Agnes Lüthi, a Swiss-American police officer in Lausanne, Switzerland, has just transferred to the Violent Crimes unit from Financial Crimes to try to shed all reminders of her old life following her husband's death. Now, on the eve of the worst blizzard Lausanne has seen in centuries, Agnes has been called to investigate her very first homicide case. On the lawn of the grand Château Vallotton, at the edge of Lac Leman, a young woman has been found stabbed to death. The woman, an appraiser for a London auction house, had been taking inventory at the château, a medieval fortress dripping in priceless works of art and historical treasures. Agnes finds it difficult to draw answers out of anyone - the tight-lipped Swiss family living in the château, the servants who have been loyal to the family for generations, the aging World War II survivor who lives in the neighboring mansion, even the American history student studying at the Vallotton château's library. As the storm rages on, roads become impassible, the power goes out around Lausanne, and Agnes finds herself trapped in the candlelit halls of the château with all the players of the mystery.

What listeners say about Swiss Vendetta

The woman who narrates this book sounds like she is reading the BBC news. Everything is at the same intensity. You hear the words, but not the sense of the story. There is no pacing.