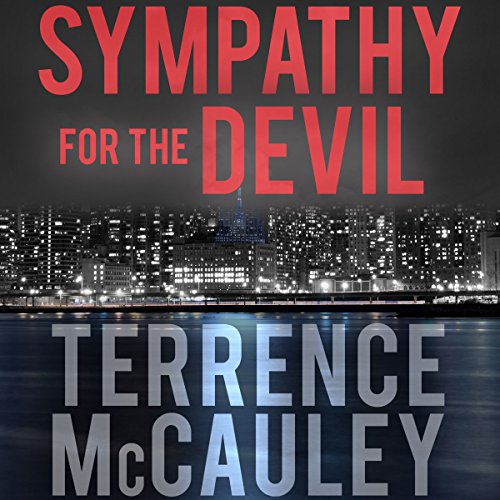 Sympathy for the Devil

The University has been a clandestine organization since the days of the OSS. The University and its agents have always lived in the shadows, using its vast intelligence resources to help defeat the Nazis, end the Cold War, and strike back at terrorists all over the globe. They have been at the forefront of global espionage for decades.

Entrusted with running The University, James Hicks is one of the most powerful - and secretive - men alive. But when Hicks' brilliant protégé is turned by a terrorist group that has alarmingly already begun operating on US soil, Hicks finds himself in a race against time to find out just how the agent has been turned and why. He must use The University's covert global network to uncover a deadly biological plot that threatens to unleash a new era of chaos and anarchy not only on the United States but on the entire Western world.

"Never The Same Watering Hole Twice in a Row"

What did you love best about Sympathy for the Devil?

What was one of the most memorable moments of Sympathy for the Devil?

when Hicks has a drink in the hotel bar

What does Jonathan Davis bring to the story that you wouldn’t experience if you just read the book?

I purchased this book as I am an avid fan of Mr Davis. He read Sandra Brown's Mean Streak, and I was hooked! Excellent reader as he becomes the hero/lead and brings everyone to life.

Yes, when Roger was given free access to work, it gave me a moment of pause! Whoa, boy what a vivid picture Roger painted.

This could become a nice series if author can continue to write a fast pace and clever next installment. Of course Mr. Davis must read it or don't bother to produce it.

I had never heard of this author but was looking to use a credit and the precis didn't sound too bad. And it is a decent enough story. It moves in fits and spurts and the reader makes a real effort to create excitement during periods of action.

There is a lot of dependency on big brother technology. None of the characters are likeable. May be that's the point, everyone is rotten. I would encourage the author to do more research into ballistics or consult an expert. If one shoots someone in the head with a Ruger .454, there isn't an exit wound, there is no head, if the perpetrator uses the described ammunition. I admit I am particularly cognizant of writers who insist on including firearms use but who need to spend more time learning the realities therein, so others may not care at all.

The novel ends with a definite sense that there will be a next novel with the same protagonist. A hero who never gets hurt or never does wrong gets boring pretty quick.

The story unique the plot fascinating. My first book by this GREAT AUTHOR. It won't be my last.

Really enjoyed this book and I recommend it. Nice twists and turns. Very good reader as well.

Recorded out of order

There's a reference to Kamal's body decomposing under a tarp at the base of the water tower. It's a chapter or two before the story's narrator kills Kamal. The dynamics between the narrator and his immediate superior don't ring true. In addition, nobody says "F***" this often.
[Edited once for typo]