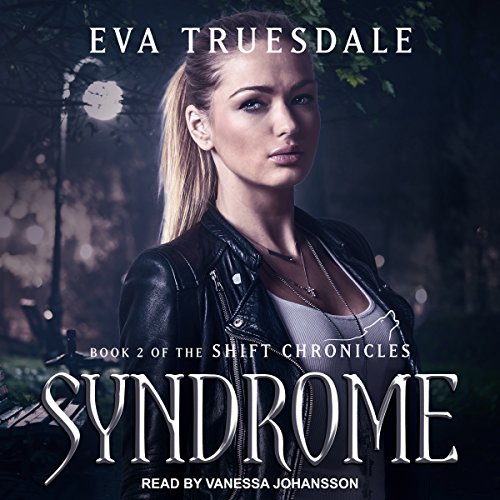 Written by: Eva Truesdale
Narrated by: Vanessa Johansson
Try for $0.00

For months there's been no sign of Alex's sister, whom she fought so desperately to rescue. She's disappeared without a trace.

A series of warnings

A werewolf is stalking Alex's once sleepy Southern town. People are dying, and Alex thinks she knows the reason: her refusal to give in to Valkos. The growing body count is a warning. He is trying to break her, and now neighboring packs - once allies - are convinced that she is a risk that needs to be eliminated before she's broken.

Just when things between Alex and Kael are starting to make sense among all the chaos around them, a dark part of Kael's past returns in the most unexpected of places and threatens to turn them upside down all over again.

Alex thought she finally knew who she could trust.

And her mistake may mean war.

What listeners say about Syndrome