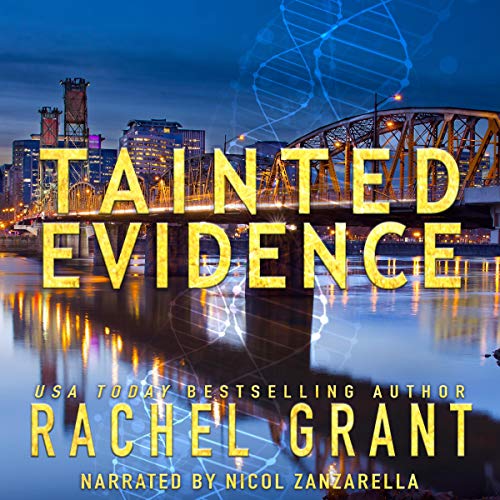 Written by: Rachel Grant
Narrated by: Nicol Zanzarella
Try for $0.00

Some family secrets are deadly....

Inventorying human remains can be difficult at the best of times, without a creepy security guard hovering over Maddie Foster’s shoulder. Nervous about being stuck in the crypt with the strange man, Maddie asks a friend of a friend to drop by and pretend to be her boyfriend to force the guy to back off.

Raptor operative Josh Warner recently moved to Oregon to take over as guardian to his troubled niece and open a new private security branch in the Pacific Northwest. Josh doesn’t hesitate to help Maddie and is intrigued by the brainy museologist. His protective nature kicks into high gear as he discovers she may be in very real danger.

Tensions run hot in the summer heat as Josh’s work puts everyone he cares about at risk, and Maddie’s research into the museum collection raises questions better left buried. As their city teeters on the precipice of violence, Josh and Maddie find themselves embroiled in a deadly scheme that could reshape the nation.

What listeners say about Tainted Evidence

Commentary on events ruined this for me

I’ve listened to many of this author’s books, but the lengthy commentary heralding the heroism of George Floyd protesters was distasteful in my opinion. No mention of the hundreds of millions of dollars lost to looting, fires and violence, not to mention impact on small business owners’ livelihoods and additional pandemic spread. I listen to fictional books for entertainment, and the author’s choice to turn this into a commentary ruined this for me. I won’t be back for more.