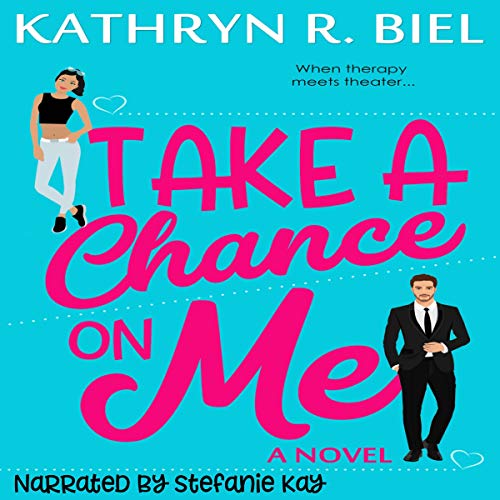 Take a Chance on Me

Moving to Hicklam is the last thing Gloria Benedetti wants to do, but it's her final hope at having a normal life. After spending almost a decade as a near recluse and virtually paralyzed by crippling panic attacks, an alternative therapy might be her only shot at regaining her life after trauma. Trauma that forced her to give up everything, including a promising career on the stage.

Staying in Hicklam is the last thing Grayson Keene planned on doing, but The Edison Theater has been in his family for generations, and he can't let it sink on his watch. Unfortunately, things with The Edison have gone from bad to worse, and Grayson needs all the help he can get to save the old girl. He needs one successful season to make things work, and then maybe, just maybe, he can get his life - and his Broadway career - back.

As Gloria's on the verge of the health and healing she's been working toward, the one thing that will save The Edison may just break her once and for all. If she protects herself, it'll cost Grayson everything. This may be the one chance that's too big to take.

What listeners say about Take a Chance on Me