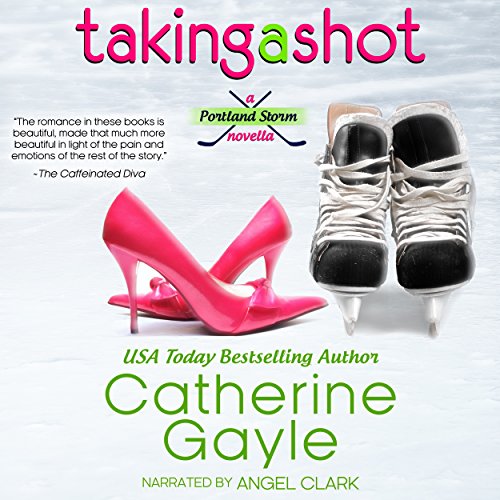 Katie Weber has lost her health due to leukemia, and now her chemotherapy treatments have taken her hair. She's not about to show up to her senior prom bald and let her classmates steal her dignity, too. Prom is no place for a girl who looks more like an alien than a high school student, especially when her so-called friends all dropped her like she had the plague at the first mention of the word cancer. Katie could never get up the courage to ask Jamie - her crush for almost two years, ever since he joined her dad's pro hockey team - to take her. Not with the way she looks now. Besides, her dad would absolutely murder him.

Jamie Babcock knows its bad news to fall for his Portland Storm teammate's daughter, but he's had a thing for Katie since the first time he met her when he was just a wide-eyed, 18-year-old rookie. Now cancer might take her away before he ever grows the balls to do anything about it, though. Her father won't be happy about it, but Jamie has to take a shot and ask to take her to her prom. It seems like Katie has just about given up, and he can't let her go without giving her some good memories... something to hold on to. She's still got her whole life ahead of her - she just has to keep living it. If he can convince her of that, nothing her father might do to him will matter.

What listeners say about Taking a Shot

Great storyline and insightful and real characters. Definitely makes me want more of her books.

You can't help but love Gayle's hockey players. She develops her stories around real issues in such a way that it authenticates the character's development. She builds delicious chemistry between the main characters, incorporates multi-dimensional secondary characters, and wraps it all up with heartfelt scenes. Add in quality narration and it's a win.

Of course, I recommend reading the Portland Storm series in order. Books reference characters and plot lines from previous books. You dont want to miss any of it!

Babs was my favorite character from On the Fly, so it was great to have this story revolve around him and Katie. And it over-flowed with empathy and hope! Once again, Angel Clark made it thoroughly enjoyable!